It was gathered that Omowunmi left Ago Iwoye after her convocation ceremony to visit the friend but reportedly never got to her destination. 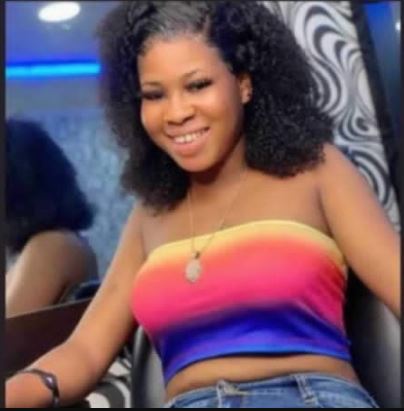 A 25-year-old graduate of the Olabisi Onabanjo University, Ago Iwoye, identified as Omowunmi Akinwade has been declared missing after she reportedly went to visit a male friend in Sagamu, Ogun State.

It was gathered that Omowunmi left Ago Iwoye after her convocation ceremony at the university on Tuesday, February 1, 2022, to visit the friend but reportedly never got to her destination.

According to the male friend identified simply as Paul Eto, the last time he spoke to her was when she called to tell him that she was close to Sagamu.

The friend said he told her the exact junction to stop for him to come and pick her up. However, he later claimed that his phone was on silence when she called him six times.

He further claimed to have returned her call but she didn't pick. He continued calling her number till the next day and eventually went to the police to report the matter.

He also contacted her family and informed them that their daughter might be missing. 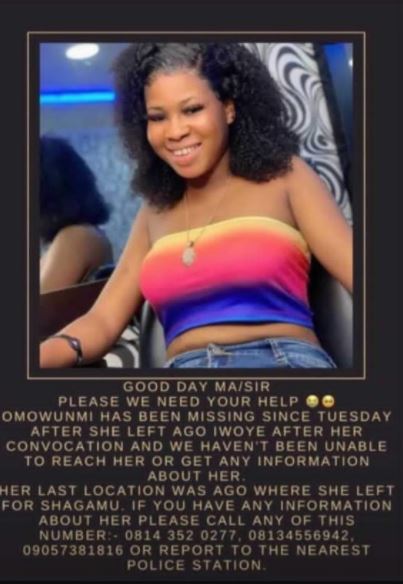 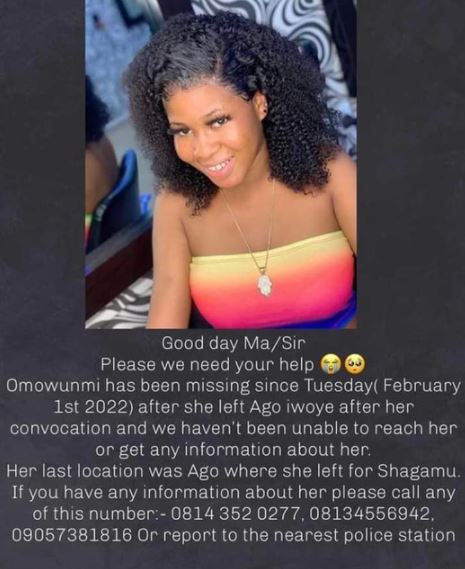