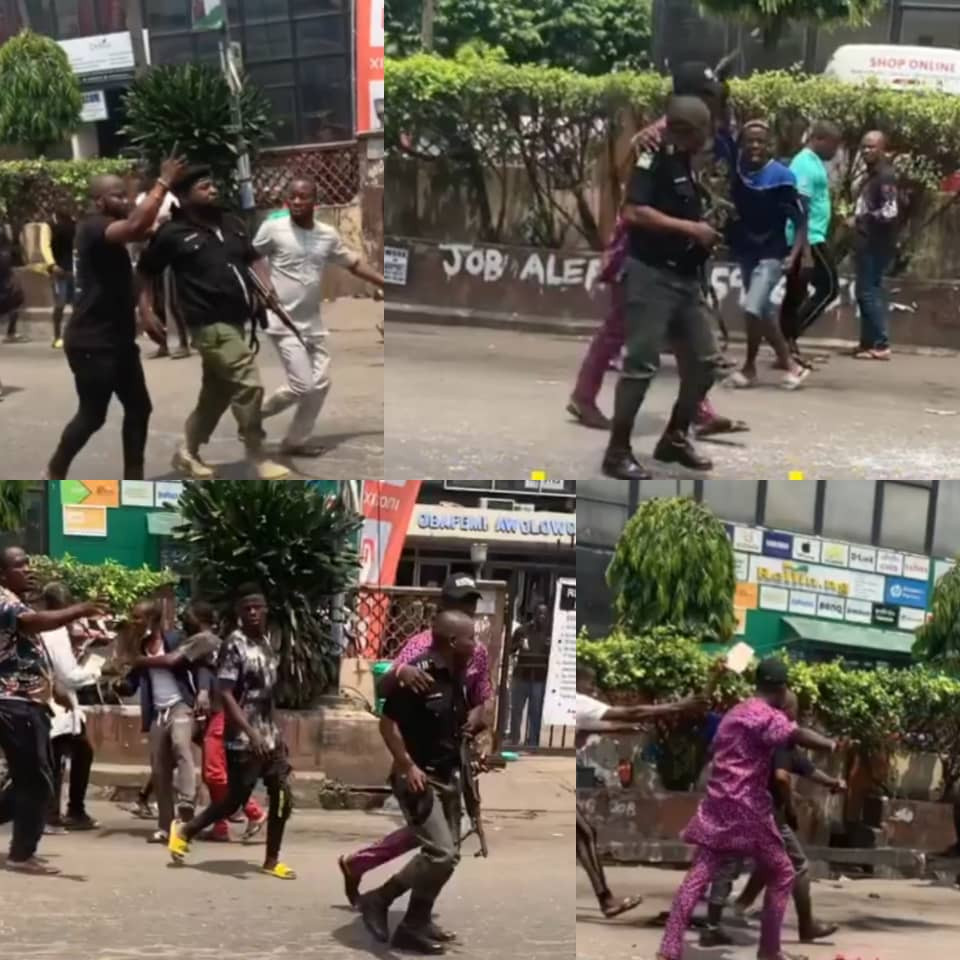 The Lagos state police command has reacted to the viral video of two mobile police officers who were accused of stealing phones from a shop at Computer village on Friday, March 12.

Spokesperson of the state police command, Ademuyiwa Adejobi in a statement released today March 16, said the officers were wrongfully accused of committing a crime. He said the people who made the viral video painted the incident mischievously in a bad light with an attempt to ridicule the entire Nigeria Police Force as the policemen never went to buy phones, neither were they caught in any act of theft in the computer village.

The HP Electronics Company's Taskforce on piracy, in company of some police operatives, were at the shop located at No 30, Awolowo Road, Opposite Glass House, Ikeja, Lagos, on a routine operation against piracy and sub-standard products in the market when some hoodlums suddenly became violent and attacked the team. They went ahead by creating a scene, calling them thieves and passing  uncomplementary comments on the policemen in order to distract and halt the anti-piracy operation.

The team was chased away by the hoodlums and did not allow the operation to succeed due to their criminal tendencies.'

Without mincing words, the Lagos State Police command wishes to clear the air and disabuse the minds of the general public that the policemen captured in the video are not thieves but operatives on official and legal operation at the computer village contrary to the wrong impression painted by the originators of the fake video on the social media.

Adejobi said the state Commissioner of Police, CP Hakeem Odumosu has ordered the State Criminal Investigation Department to investigate the theft allegation and attacks on the policemen and team which would be the third of its kind in recent time in the same computer village; noting that the command will not tolerate any act of criminality and lawlessness in any part of the state.

''While commending the act of professionalism and maturity of the policemen and team to avert chaos in the area, CP Hakeem Odumosu warns the general public to desist from launching attacks on the police and other security agents, either on official duty or off duty, and peddling fake news as such would be a dent on our national integrity and honour which we all guide jealously.'' Adejobi added

Watch the viral video below