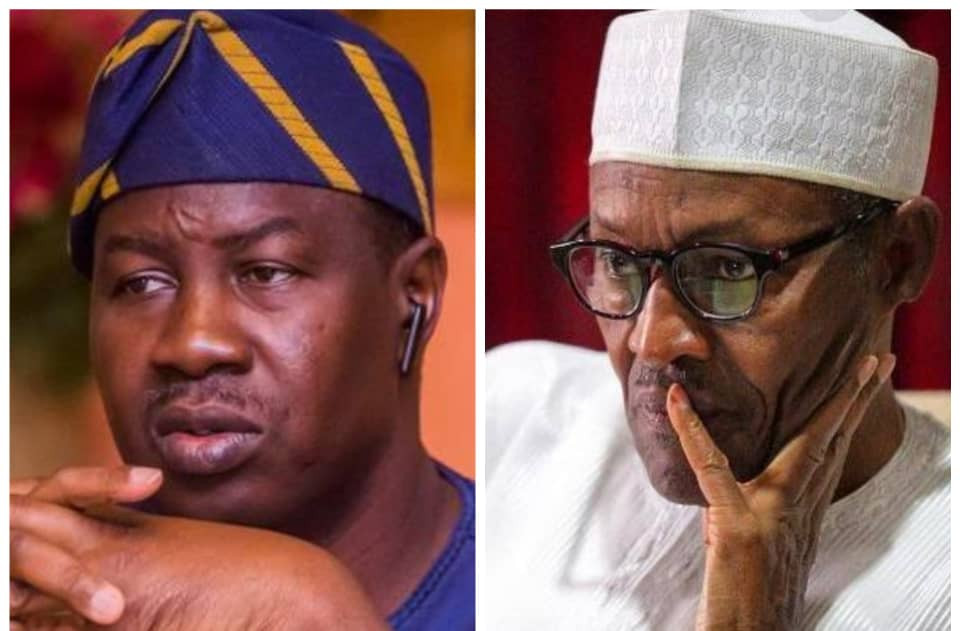 President Buhari on Monday took to his Twitter handle to reach out to the Saudi King who is currently sick. The President wrote

''On behalf of myself, the government and people of Nigeria, I pray for speedy and full recovery of the Saudi King, and Custodian of the two Holy Mosques, King Salman Bin Abdulaziz, one of the finest leaders I have ever met in the course of my interactions with world leaders.''

'' Who sent you sir? The job you forced yourself on us to do, you refused to do. Why not just resign and retire to Daura? Oh, I forgot, you handed it over to terrorists that you prefer to romantically call bandits! You're busy praying for someone that actually works for his people'' 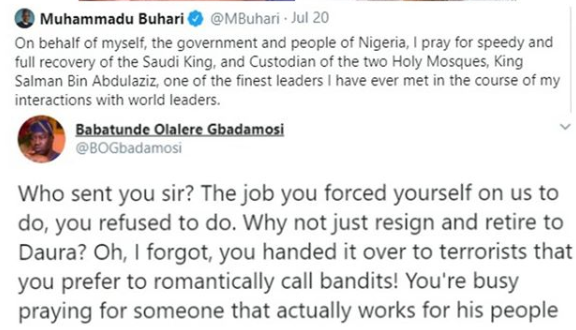 Posted by makarella at 2:52 PM