Netflix’s mega hit Squid Game is revealed to be worth almost $1.2 BILLION for the streaming giant 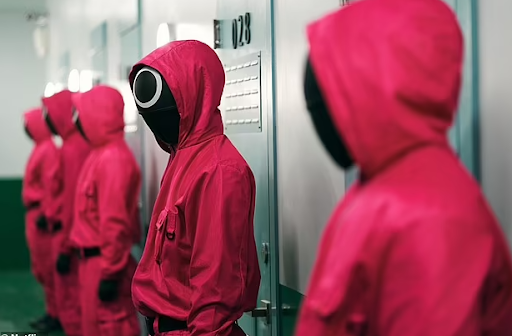 Netflix’s biggest original series Squid Game is estimated to be worth almost $US900 million ($A1.2 billion) for the streaming giant, Bloomberg News reports, citing figures from an internal Netflix document.

The nine-episode thriller, in which cash-strapped contestants play childhood games with deadly consequences in a bid to win 45.6 billion won ($A52 million), became an international hit when it launched last month.

In comparison to its estimated net worth, the show cost just $US21.4 million ($A28.8 million) to produce, Bloomberg said.According to the report, about 132 million people had watched at least two minutes of the show in its first 23 days, easily breaking the record set by UK costume drama Bridgerton, which was streamed by 82 million accounts in its first 28 days.

Netflix had earlier announced the show had amassed 111 million fans, but Bloomberg said those figures were based on slightly older data.

California-based Netflix estimated 89 per cent of people who started the show watched more than one episode, the news agency said, and 66 per cent finished watching the series in the first 23 days.