The grieving mom said she's been frustrated by lack of information from the NYPD on the unsolved homicide of her daughter. 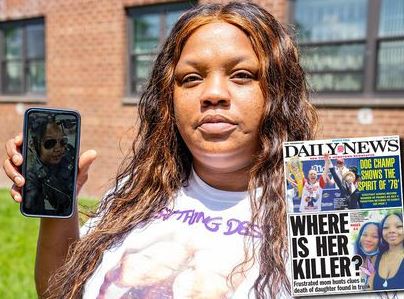 Loretta King, thr heartbroken mom of Destini Smothers who was found dead and decomposing in the trunk of her car in Queens, New York has come out to ask for justice for her slain daughter.

Loretta King says she's been frustrated by lack of information from the NYPD on the unsolved homicide of her daughter which has made her relocate from Binghamton to the Rockaways in Queens, where her daughter grew up, to search for answers in person.

“Since this whole thing’s been going on, NYPD has not reached out to me one time,” she said, her voice pained.

“I called the detective and every time it’s, ‘Oh, he’s not in.’ I need to know where you’re at with this case, because it’s my daughter.”

The only update King has gotten from the NYPD, she says, is a new finding on her daughter’s cause of death which is a bullet to the head instead of the initial conclusion of a blow to the head that cracked her skull

The detective told King it might make her feel better knowing that her daughter did not suffer much at her time of death.

“That don’t ease my pain,” King told The New York DailyNews in her first interview about the case. “It was like I found out my daughter was killed for the first time all over again. I had to relive that trauma.” 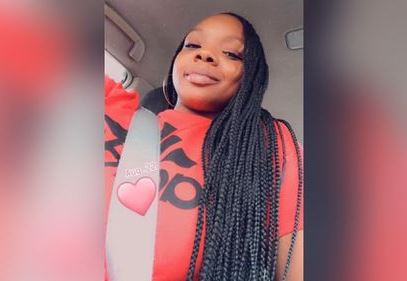 On Nov. 3, 2020 Smothers (pictured below) celebrated her 26th birthday at Bowlero in Woodside, Queens, with some friends and her longtime boyfriend Kareem Flake. Although they had been living together in upstate Troy, the couple were in town for Flake’s grandmother’s funeral the next day.

King remembers that her daughter was eager to enjoy herself at her bowling party after a long and difficult year.

“All she was talking about was her birthday,” King said. “She wanted to be with family and just have fun.”

The morning after the party, Smothers was supposed to meet her mother to go shopping. She never showed up and was absent at the funeral later that day.

“I know she wouldn’t have missed that funeral,” King said.

‘She was truly like an earth angel’: Family recounts kindness, innocence of young Queens woman killed in crash

“I called his [Flake’s] phone and I said, ‘Where your other half at?’” King recalled.

“He said ‘Oh, she jumped out of the car mad because she wanted to hang with her friends,’” King recalled.

“You just telling me she vanished into thin air?

“I know my daughter,” she added. “My daughter and I are closer than close. It didn’t sit right with me.”

For four months, Smothers’ family searched everywhere for her and even reached out to spiritualists, hoping they’d find her alive.

But on March 10, the family's dreams were shattered when a tow truck operator was called to remove an abandoned Toyota with no plates at 151st Place near 134th Ave. in Springfield Gardens — just blocks from the home of a cousin of Kareem Flake, who was at the party.

After traveling a few miles, the tow truck operator realized the car had a flat tire and popped the trunk on Lefferts Blvd. near N. Conduit Ave. in South Ozone Park to look for a spare. He found Smothers’ body inside.

Dawn Ragland, the homeowner who called authorities to report the abandoned car, told The News on Sunday it took her a while to notice because it was the winter and it had been parked on the side of her house.

Police later asked her if she’d seen anything suspicious, telling her there had been a body inside.

“It was shocking, it was my worst fear. That’s why I called. It’s unacceptable,” said Ragland, 37.

“I have cameras now. I wish I would have had them up then.”

While the discovery finally allowed King to mourn, the wounds of her daughter’s murder remain open due to the fact that the devastated mom couldn’t even see Smothers’ body to say goodbye because it was so decomposed.

Smothers’ two sons, aged 4 and 10, don't also know what happened to their mother.

They are being raised by an aunt.

“My daughter was found in a car that Kareem Flake told everyone she got out of,” King said. “She never got out of that car.”

Flake showed up in a relative’s car at his grandmother’s funeral on the day his girlfriend went missing. When asked why he wasn’t driving Smothers’ car, he said it was in a shop being repaired, according to Smothers’ relatives.

A relative of Flake’s told the Daily News Sunday that no one has heard from him since the funeral.