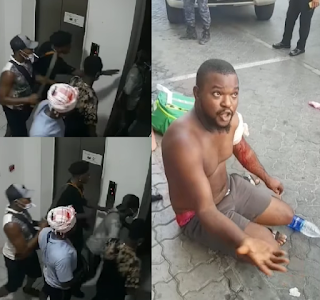 Nigerians in Sharjah, United Arab Emirates, got into a bloody fight that ended in multiple deaths.

It is not clear what led to the fight that occurred days ago, but according to reports, it was between two rival cult groups and some innocent Nigerians were also caught up in it.

Footage shows a group armed with machetes arriving at an apartment complex in Sharjah. Upon arrival, they kicked a door open and went in to attack the occupants.

Other videos show the aftermath of the attack, with mutilated bodies lying on the floor of a narrow hallway. Injured men can also be seen with blood dripping down their bodies.

Ambulances soon arrived at the scene where bodies littered. 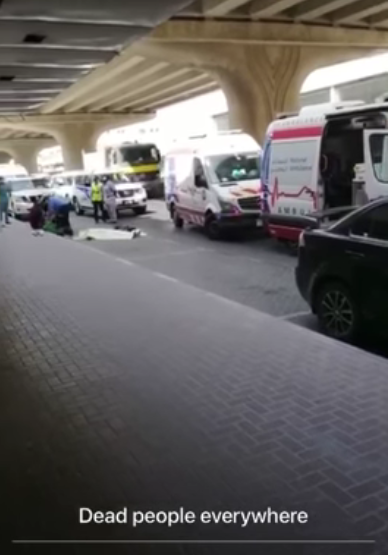 According to an unconfirmed report from Nigerians in the UAE, "over 22" people died in the attack. 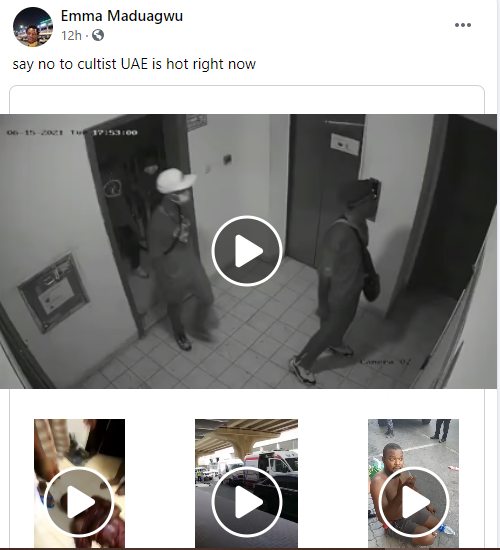 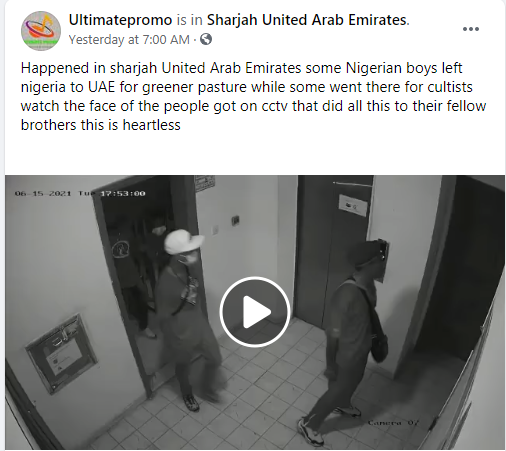