Davido's aide, Isreal Afeare, thanks DJ Cuppy for withdrawing the lawsuit she filed against him (video) 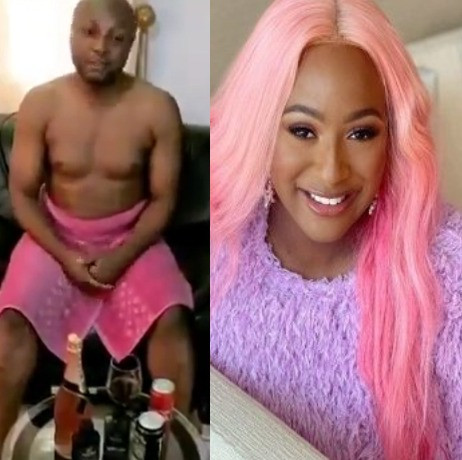 Davido's aide, Isreal Afeare, has publicly thanked DJ Cuppy for withdrawing the lawsuit she filed against him.

DJ Cuppy earlier today announced she has withdrawn the case she filed against Isreal over the false comment he made about her concerning her music collaboration with singer Zlatan.

In a video posted on his Instagram page, Isreal who had nothing on but a pink towel tied around his waist thanked Cuppy for withdrawing the case and vowed never to comment on any matter that concerns her or anyone else. Watch the video below