The popular Nigerian Disc Jockey said she has decided not to proceed with the case since he has apologized. 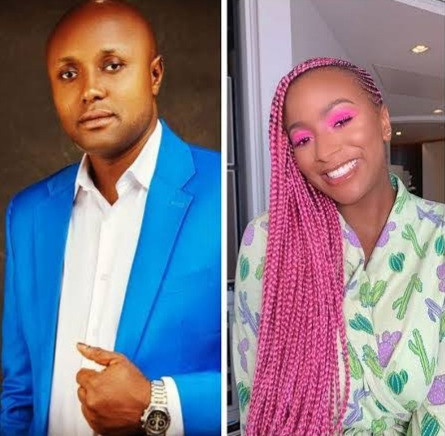 Popular Nigerian Disc Jockey, DJ Cuppy has taken to social media to update all her followers about her legal case with Israel Afeare.

This is coming after she threatened to sue Israel Afeare for defamation.

The DJ said she has decided not to proceed with the case since he has apologized.

"Following the public apology of Isreal Afeare, I have decided to no longer proceed with the lawsuit and have instructed my lawyers accordingly.

"As social media users, I hope we can all learn from this, and ensure that we have valid facts before we speak on matters." 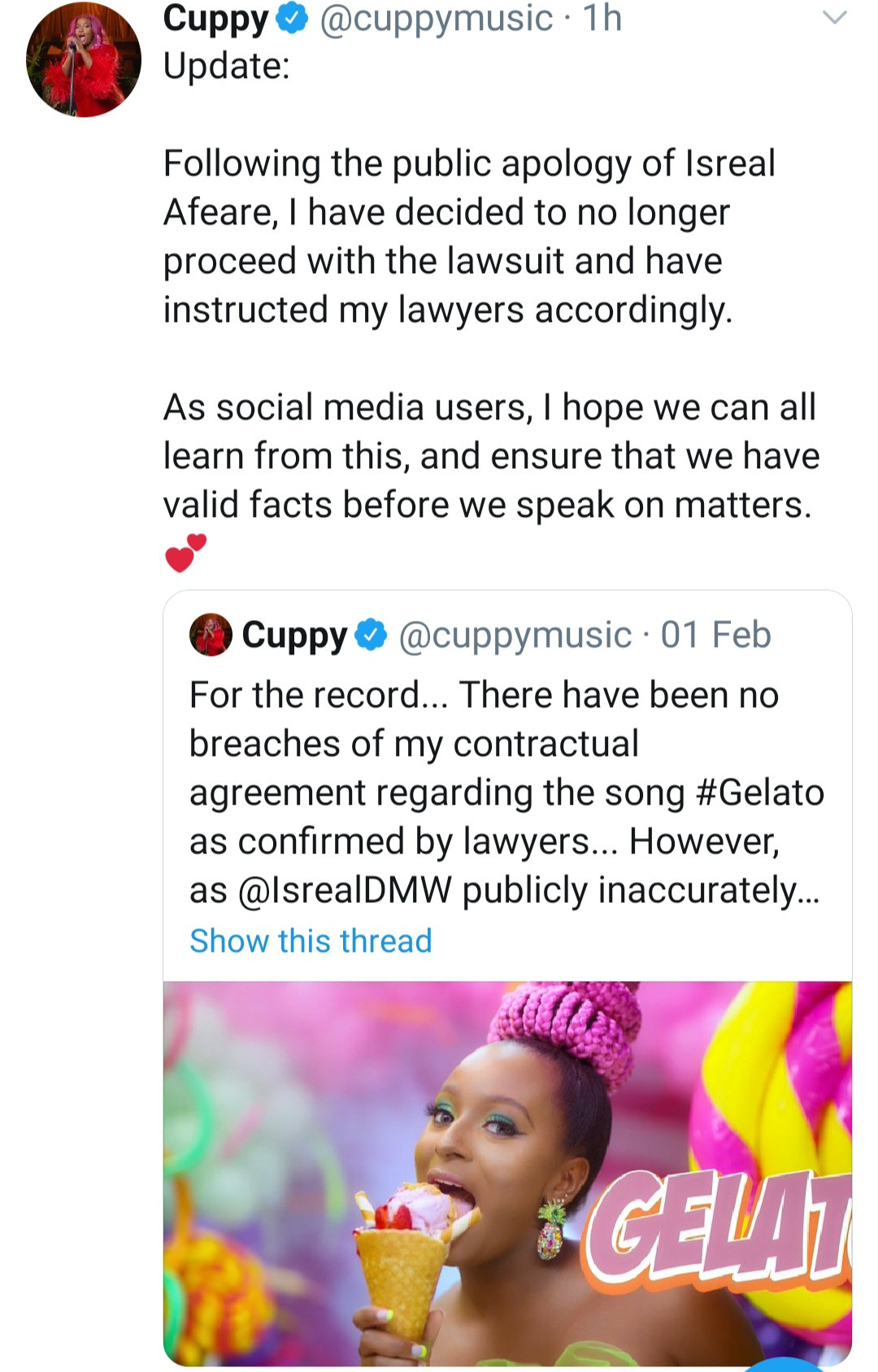 Recall that following DJ Cuppy and Zlatan's fallout, Israel had gone online to claim that Zlatan is ignoring Cuppy because he didn't make "one kobo" from their Gelato collaboration.

Cuppy responded, saying she did not breach her contractual agreement regarding the song Gelato and added that she will be suing Israel.

In turn, Israel released a video apologising for his statement.