Offset and Cardi B have five Christmas trees set up in their home... with fans calling it a mini enchanted forest 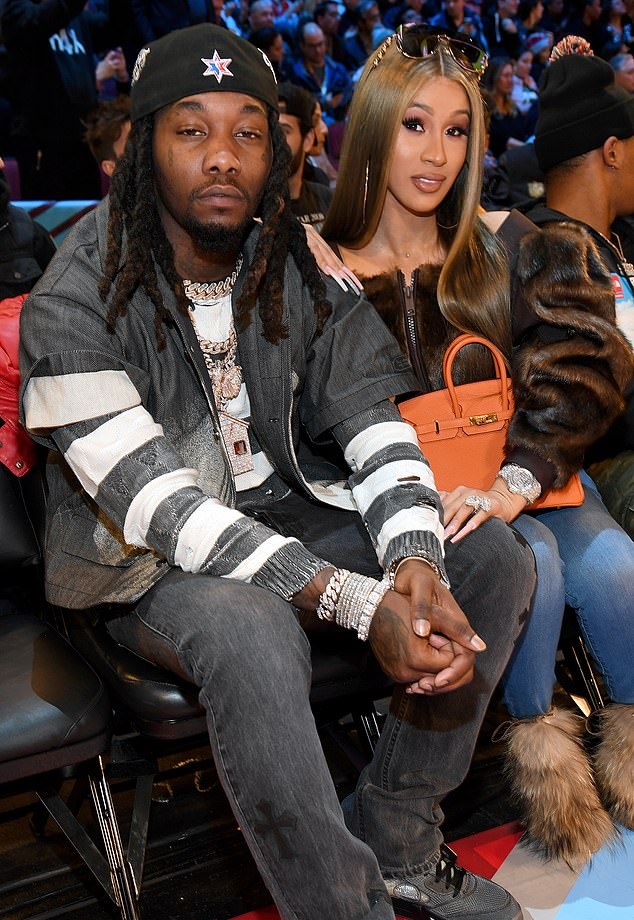 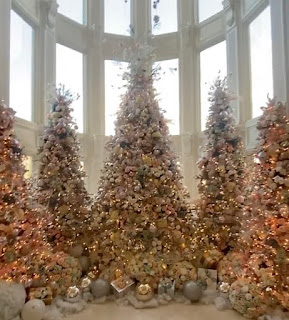 She showed off 11 Playstation 5 gaming console on Monday, an item that has been sold out since mid-November with sparse restocks.

And  on Tuesday, her husband Offset showed off their extravagant Christmas set up.

The rapper, 29, shared a video to his Instagram story featuring their five Christmas trees at their home.

Offset, who was not pictured in the video, was heard saying: 'How you like Christmas trees going crazy? Five piece.'

The center tree was the tallest with medium ones next to it and smaller ones on the end; they all had similar decorations - featuring pastel hues. 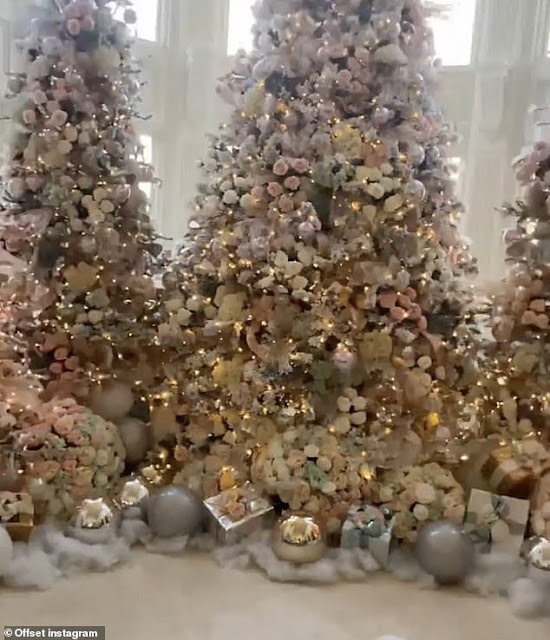 The decorated trees on the end had more lights than the middle ones, with the ground near them covered in rocks and beautiful flowers.

The set up was done in an atrium area of their home, which had enormously high vaulted ceilings.

Fans took to the comments to share their thoughts on the extravagant idea, with one writing: 'Christmas forest,' while another pointed out there were no gifts.

Another wrote: 'That's so pretty... like a mini enchanted forest.' 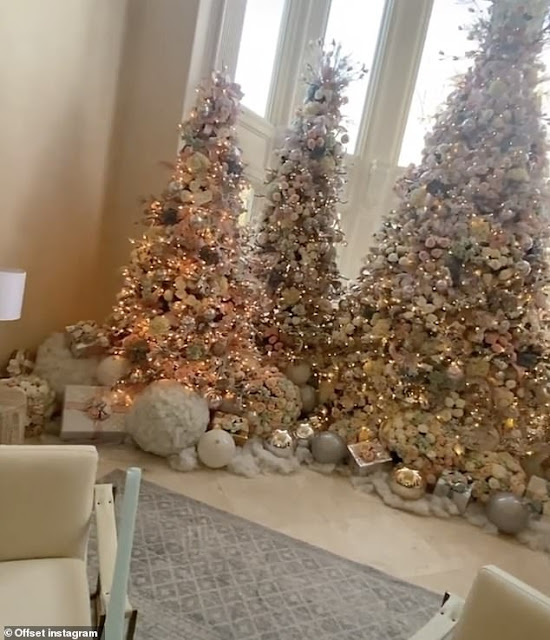 On Monday via Cardi B's Instagram Story, she revealed she got 11 Playstation 5 consoles.

'This why y’all can’t find a PlayStation. @iamcardib copped them all!' read just one of the many tweets reacting to the 28-year-old rapper's enviable PS5 haul.

The Playstation 5 was released internationally on November 19, with countries like the United States and Australia snapping it up on November 12.