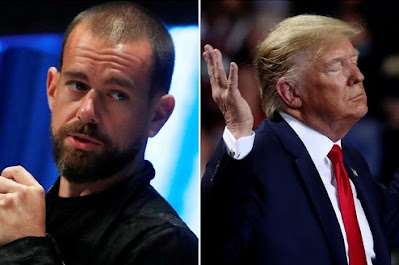 The social media platform has said it handled Mr Trump's account far more leniently than that of any other Twitter user, because it was in the public interest to see what the president of the United States was saying.

However, Twitter has said he will be treated like any other user when he leaves the White House, leading many to speculate he faces being banned for repeatedly tweeting false claims.

Despite this, the unfollowing is not likely to be connected to any such ban. Mr Dorsey has also unfollowed Ivanka Trump, Joe Biden, and even Kamala Harris according to @bigtechalert, an account that tracks Silicon Valley executives.