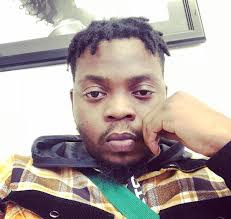 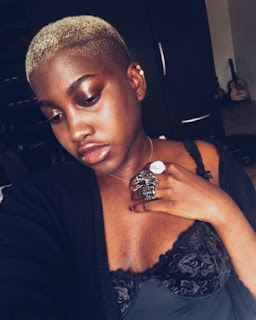 YBNL Princess who rapper Olamide signed in 2016 to his record label YBNL has hinted all his not well between them.

Remember the rapper had introduced her asking Nigerians to be prepared for her talent. Unfortunately she no blow and now, during a question and answer section on her Instagram page with her fans, she threatened to drag Olamide.

She even warned the fan who wanted to know how her relationship with the respected rapper is at the moment, telling the fan, she would drag him, then drag the rapper too, and pleaded the fan to safe his fav some disrespect. Bloody!

She also revealed she is bipolar and well, taking her drugs. The convos... 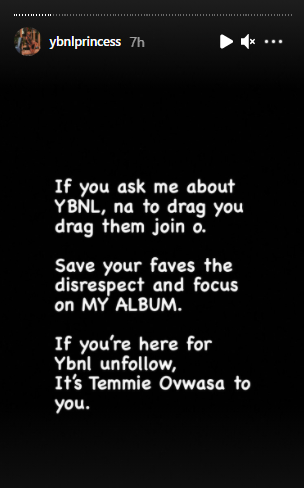 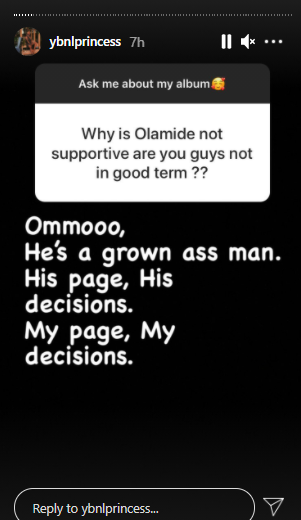 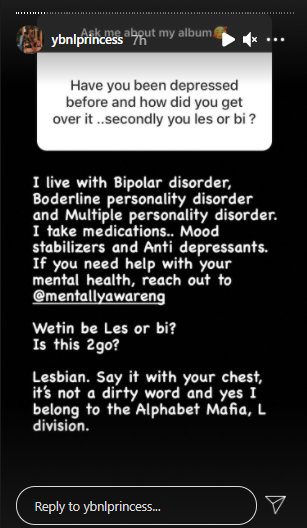 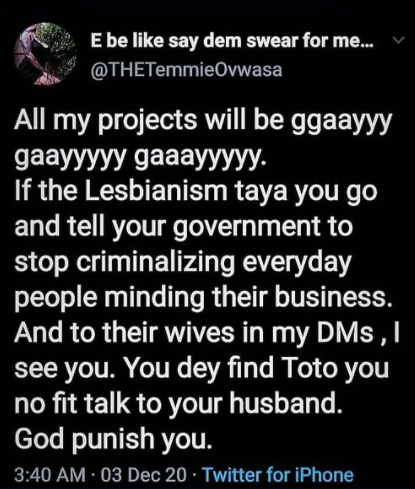 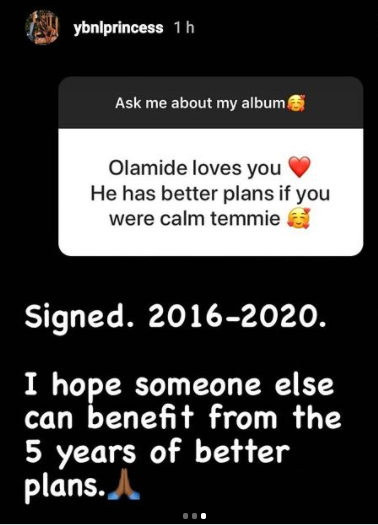