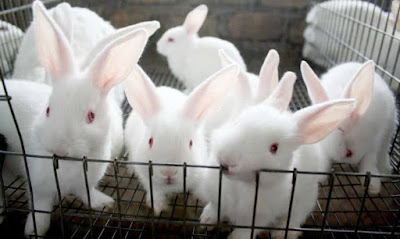 The Federal Government on Wednesday announced the commencement of its programme on rabbit farming that would engage 17,000 youths across the country.

It made the announcement through its National Agricultural Land Development Authority, noting that the programme had already commenced in some states, as it would engage more participants in the southern part of Nigeria -- yes we already saw it in Imo.

The Executive Secretary, NALDA, Paul Ikonne, told journalists in Abuja that the agency would provide the rabbits, cage, vaccine and training for participants free of charge.

He said the first set of beneficiaries would be required to bring back the kitten from the rabbits they train so as to be used in the empowerment of other youths.

Ikonne said, “The President had inaugurated the national young farmers’ scheme, and we intend to take in 774,000 young Nigerians into the entire agribusiness. This programme has started implementing the first leg, which is our animal husbandry.

“In this segment, we are doing goat and rabbit rearing. A lot of people do not know the potentials, the benefits and the money they can make from rearing rabbits. Rabbit has an entire value chain, nothing is a waste farming rabbit.”

He added, “So we are engaging our youths into rabbit farming, NALDA has designed a programme to take in 17,000 rabbit farmers especially in the South, and we have commenced the engagement in some states.”

Ikonne said the first phase of the programme had commenced in Imo, Abia, Cross River and Oyo states, as selected youths in the states had received rabbits and had commenced farming.