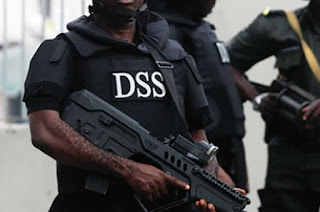 One of the alleged leaders of #EndSARS protest in Osun state identified as Emmanuel Adebayo a.k.a “Captain”, has been arrested by operatives of the Directorate of State Service (DSS).

He was arrested on Thursday morning, December 10, over an alleged impersonation.

The Nation reported that Adebayo who led the second wave of #EndSARS protest in Osogbo on Monday December 7, was accused of posing as an officer of the Nigerian Army in a petition written to the DSS Command.