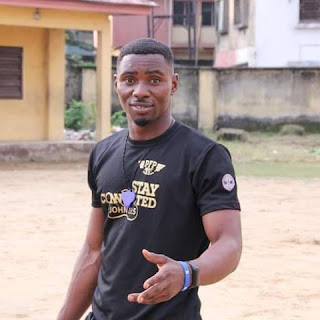 A Nigerian man named Victor Asuquo Akpan slumped and died while participating in the Nigerian Army screening exercise, his friends have said.

Victor reportedly died on Dec 7 during the exercise in Ibawa, Akwa Ibom State. 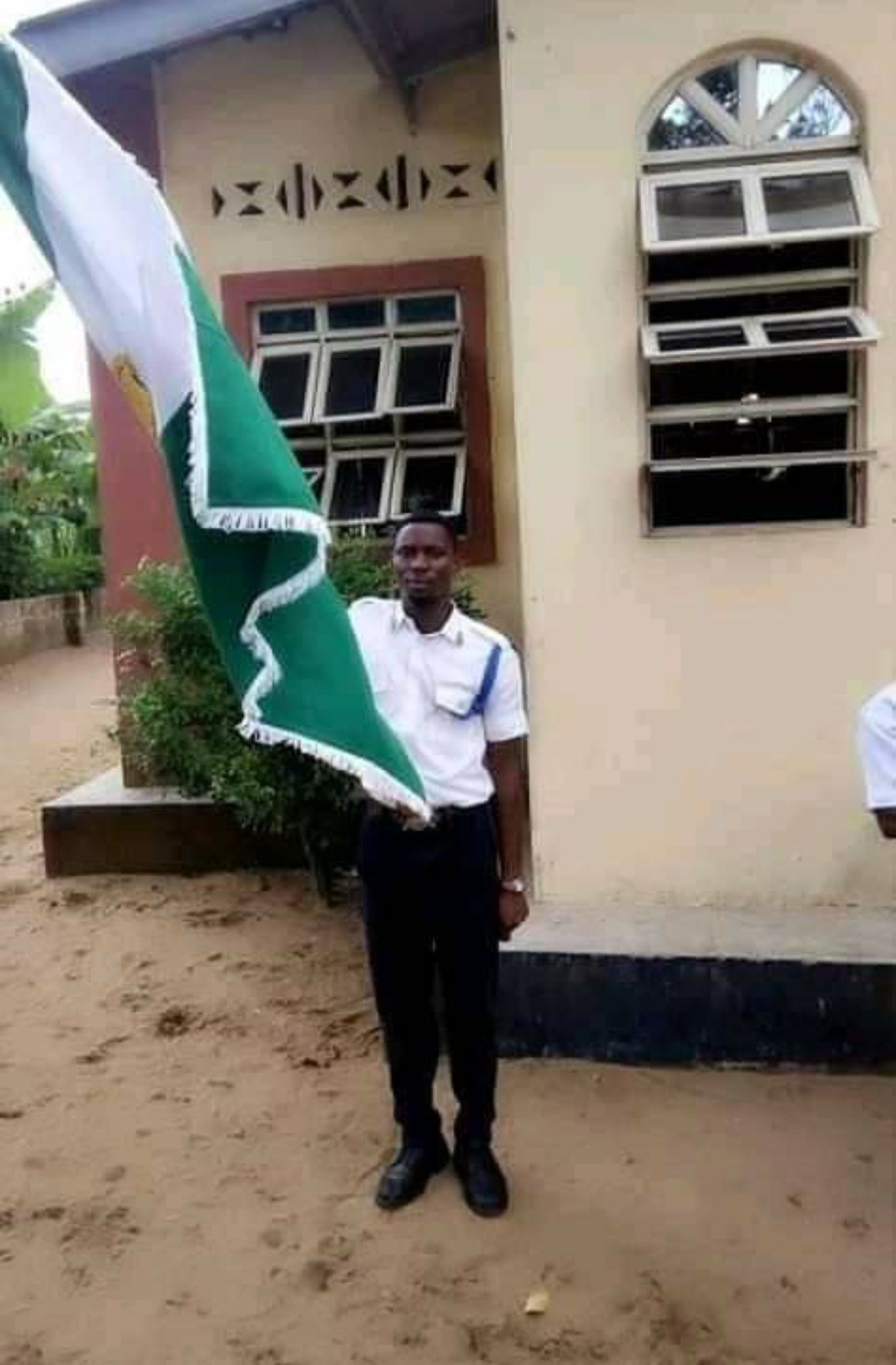 Friends who mourned him referred to him as a peacemaker.

He was laid to rest on Thursday,  Dec 10, in Akwa Ibom state. 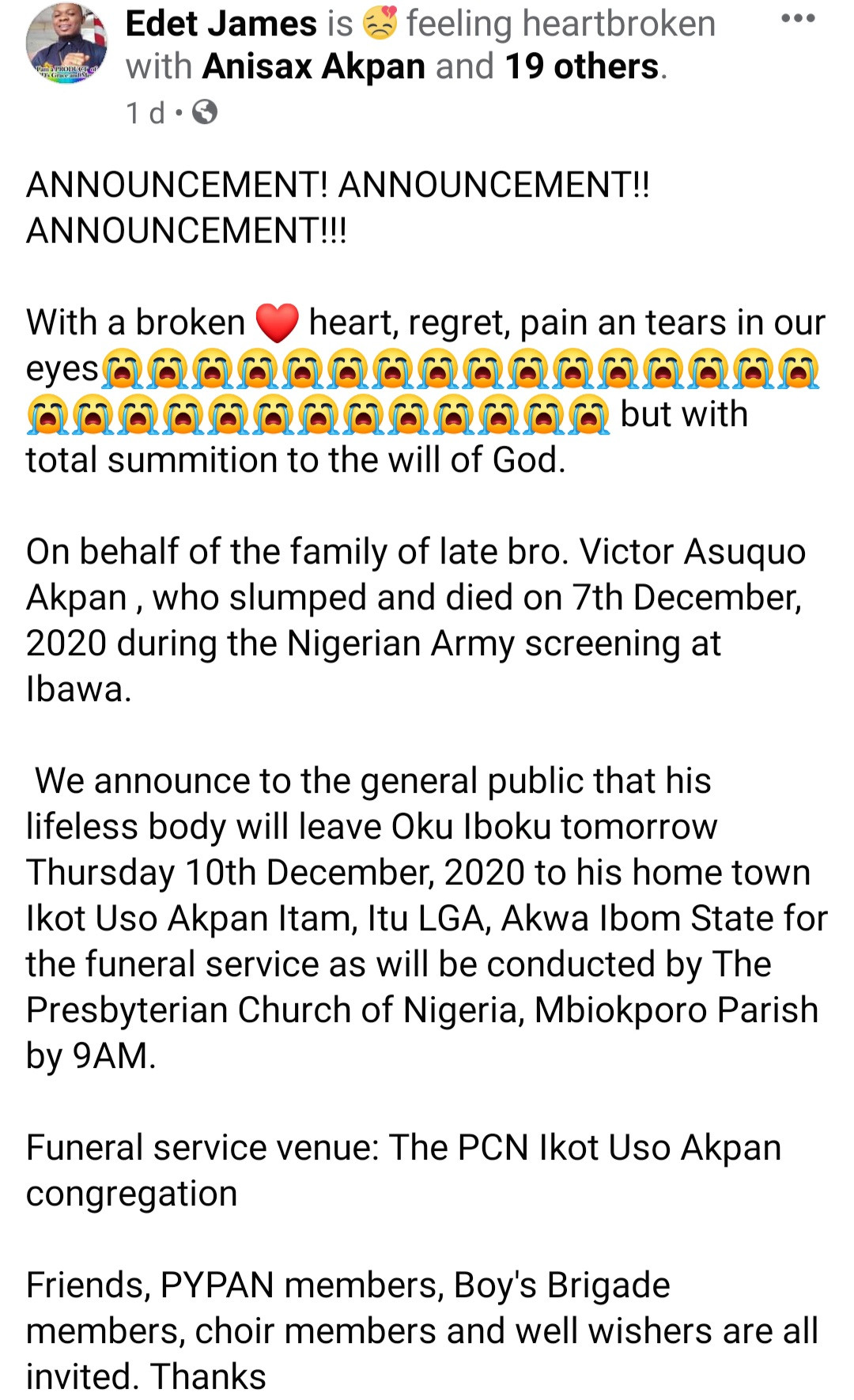 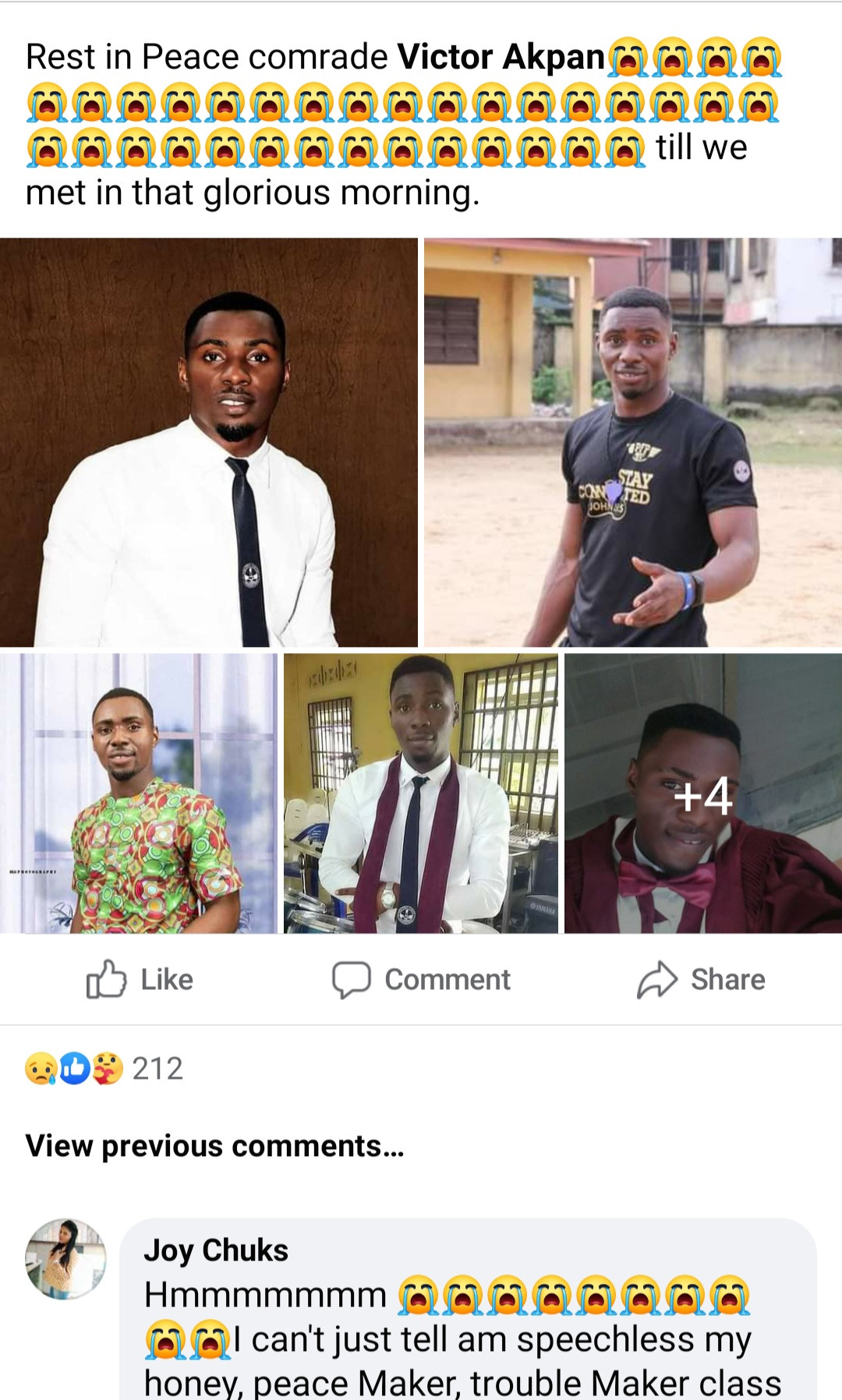