Sanwo-Olu to abolish pensions for Tinubu, Ambode, others 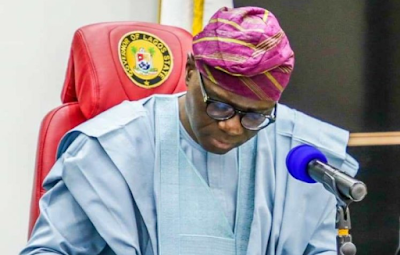 Lagos State Governor, Babajide Sanwo-Olu will soon present an executive bill to the State House of Assembly abolishing payment of pensions and other entitlements to former governors and their deputies.

Sanwo-Olu disclosed this on Monday while presenting the 2021 budget estimates to the State House of Assembly for approval.

The governor said the move was in the light of keeping the costs of governance low and to signal selflessness in public service.

He added that his government would be sending a draft executive bill to the House imminently for the repeal of the Public Office Holder (Payment of Pension Law 2007), which provides for payment of pension and other entitlements to former Governors and their Deputies.

Posted by makarella at 6:58 PM