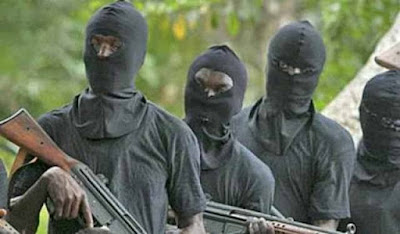 A younger brother to the Deputy Governor of Edo state identified as Frederick Shaibu has been reportedly kidnapped by gunmen while going to drop his kids in the school near Benin City, the Edo state capital. The incident reportedly happened on Monday.

As at the time of filing this report, Vanguard gathered that no contact has been made with the family by the suspected kidnappers.

A family source said yesterday “They attacked him and took him away. It happened in Aruogba area, Irhiri at around 7 am when he was going to drop his children in school.

The children were left by the gunmen and took their father away. But the incident has been reported to security agencies, they have not made any contact with the family."

It is believed that the kidnappers came through the river because people who saw the incident said they went through the bushes in that area that leads to the riverside."

But when contacted yesterday, the Police Public Relations Officer, Chidi Nwabuzor said he was yet to get the full briefing of the incident. “I am not aware of this development yet but I will find out and get back to you.”

Posted by makarella at 6:56 PM