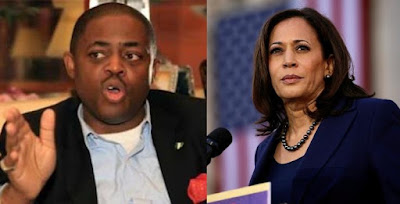 Femi Fani-Kayode, a chieftain of the Peoples Democratic Party (PDP), has described Kamala Harris, Vice President-elect of the United States, as a Jezebel.

FFK described her a “Jezebel”, and said her “presidency” is Satan’s. This is coming after he said that Joe Biden’s victory at the US polls will be dashed and his celebration will be shortlived.

FFK who is a staunch supporter of Donald Trump, made this known on twitter. Read below…

“I know Jezebel when I see her. Look into Kamalla’s eyes.

Biden is a puppet and a smokescreen.

A Biden presidency is a Kamalla Presidency. 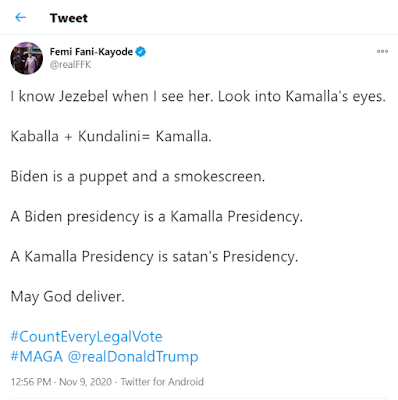