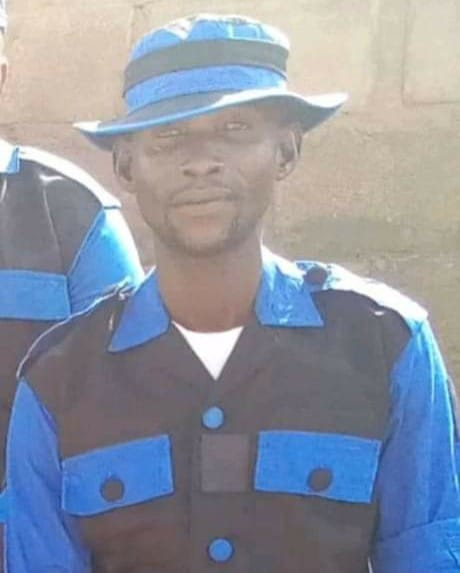 It was gathered that the incident happened on Monday night, October 5, when members of the CJTF, Benisheikh Command took the battle to the terrorist camp in Megumeri.

He also alleged that two Boko Haram terrorists were killed in the battle while one was captured alive.

"Yesterday evening a team of CJTF Benisheikh Command took the battle to Boko Haram Camp at a bush under Magumeri LG, gladly they killed two Boko Haram and captured one alive,"

"And sadly Babagana Idi, A Hero, A Benisheikh Civilian JTF, third in Command lose his life at the battlefield while exchanging fire with Boko Haram members. May Almighty Rahma forgive Ba'ana Idi his shortcomings and grant him Jannatul Firdausi"

Late Adi will be laid to rest at 10:pm in Benisheikh, Kaga Local Government Area of the state. 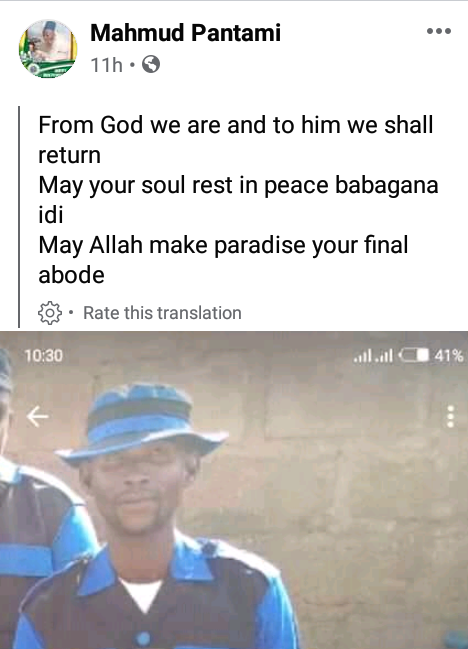 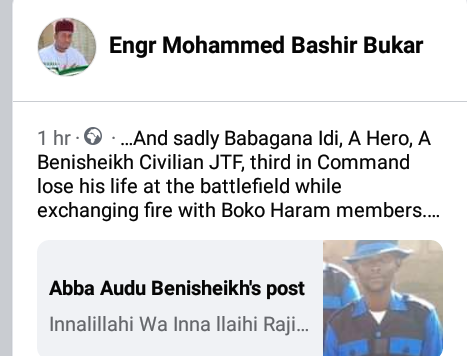 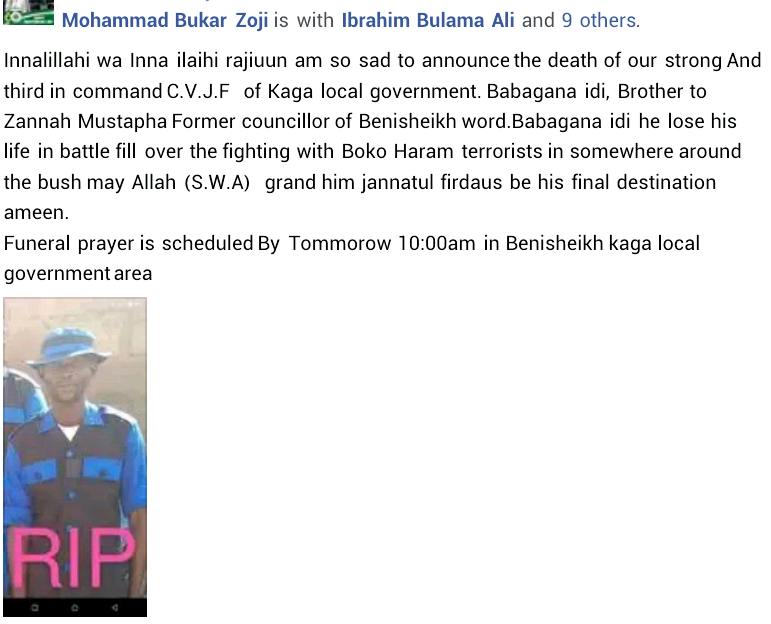 Posted by makarella at 5:25 PM