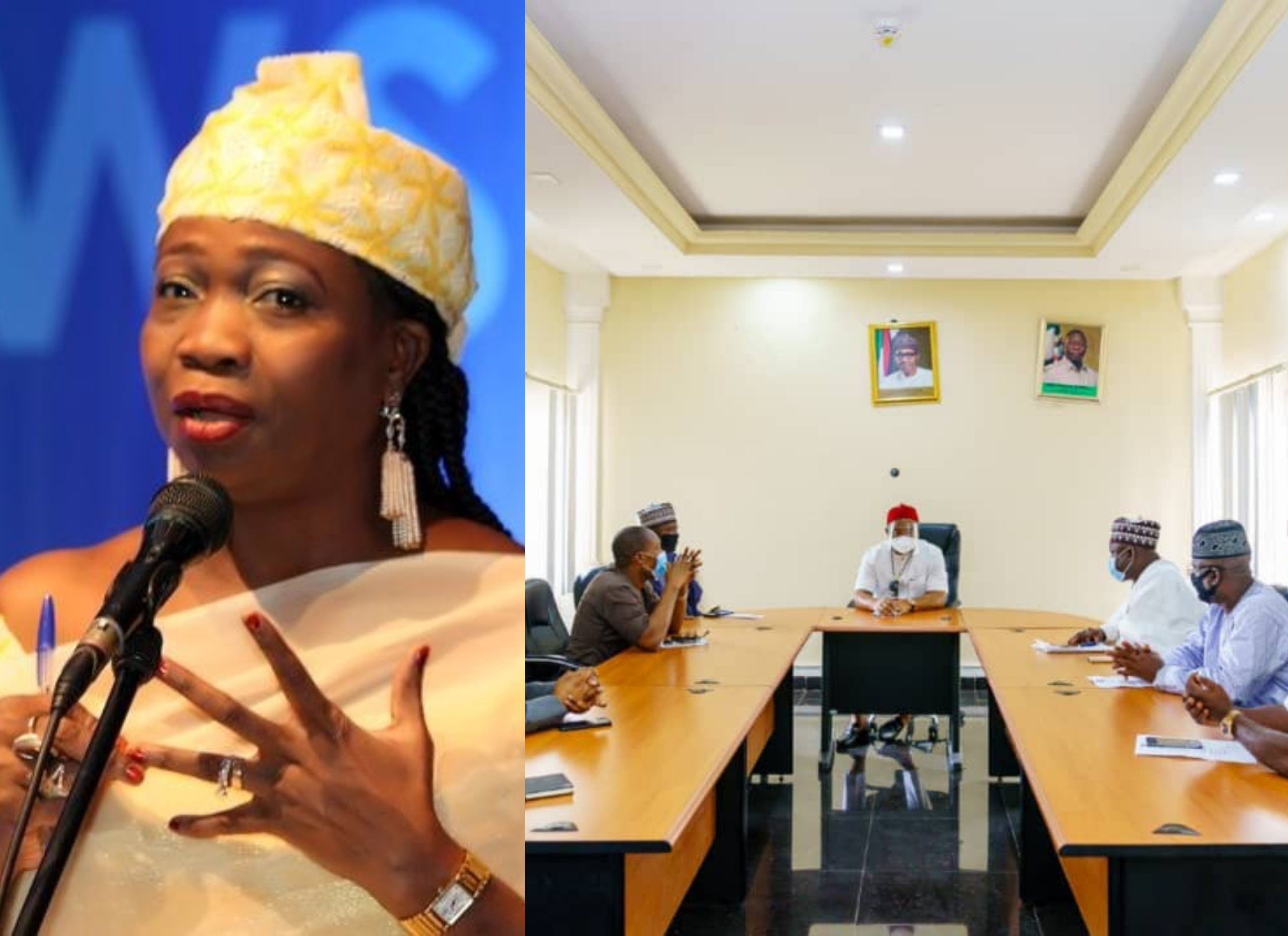 Abike Dabiri-Erewa, the chief executive officer (CEO) of Nigerians in Diaspora Commission (NIDCOM) has tackled the All Progressives Congress (APC) for shutting out women in the committee it constituted for the party's primary election Edo state.

Abike's tweet was in reaction to a tweet by the Edo chapter of the APC, in which it announced the arrival of a seven-man committee for the primary election scheduled to hold on Monday June 22.

“Members of the Edo State Primary Election Committee led by Hope Uzodimma have arrived Benin City ahead of tomorrow’s exercise." 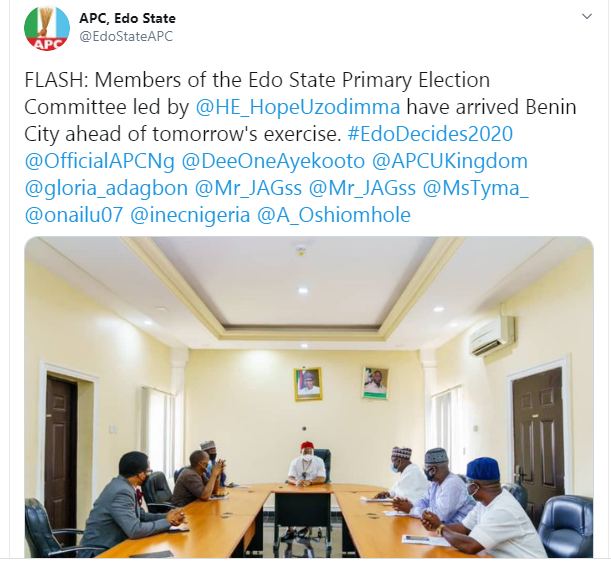 The NIDCOM boss tweeted in response; 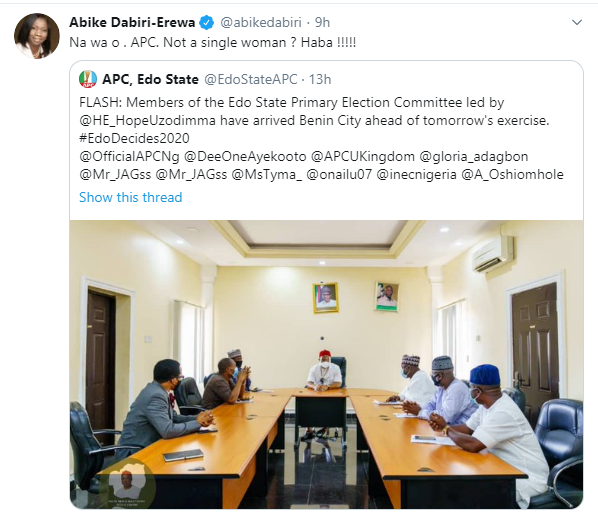 Posted by makarella at 8:57 AM