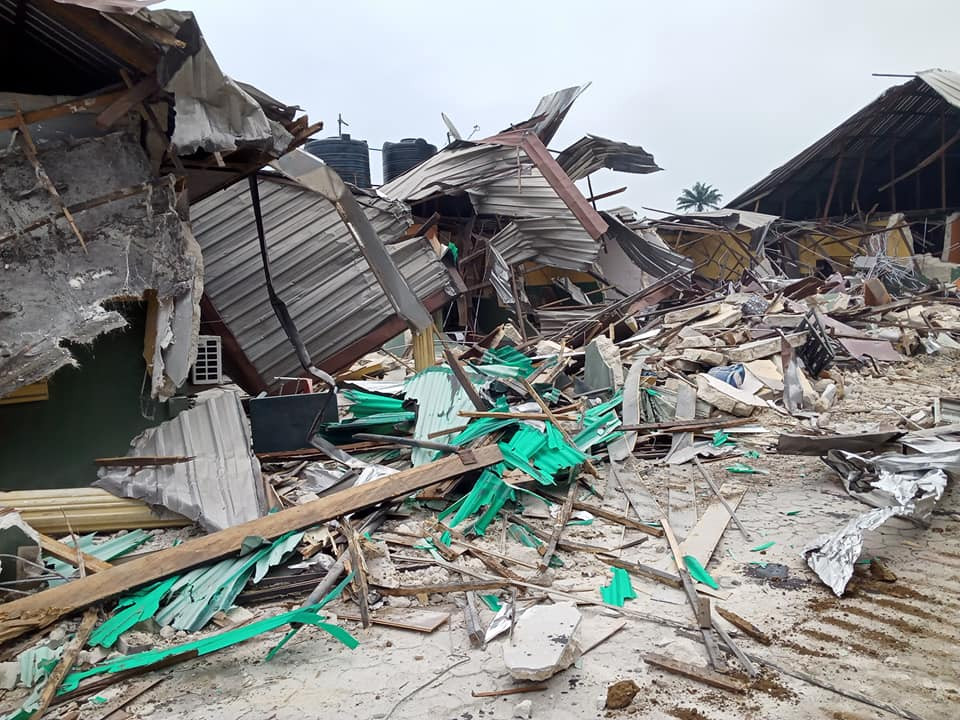 The owner of Prodest hotel, one of the hotels demolished on the order of the Rivers state governor, Nyesom Wike, on Sunday May 10, has denied violating any law to warrant the demolition of his building.

Governor Wike who supervised the demolition, said the action was taken because the operators of the hotels flouted the lockdown directive put in place to curb the spread of Coronavirus. He led some security officers with a bulldozer to the hotel to destroy it.

Reacting to the development, Promise Gogorobari, owner of Prodest hotel, denied claims that his establishment flouted the governor's lockdown order. Speaking in an interview with Punch, Gogorobari who is based in Lagos said

''I am based in Lagos, but I am not in the right frame of mind to speak now. There is nobody who will not feel bad about this. It is a hotel that I built for the past seven years. The demolition of hotels is a setback to the state in terms of investment.
That was an investment that was taking care of my family and relatives and people around me. There was no fair hearing before the demolition took place. With this, many people are out of jobs.
I did not violate any order. The government was supposed to do some investigations before doing that. And if they found me wanting, then another procedure should be followed; not demolishing a structure like that.
Definitely, this will affect investors. I invested in the business so that I can take some people off the street, but all government is doing is to demolishing it without a proper investigation”.