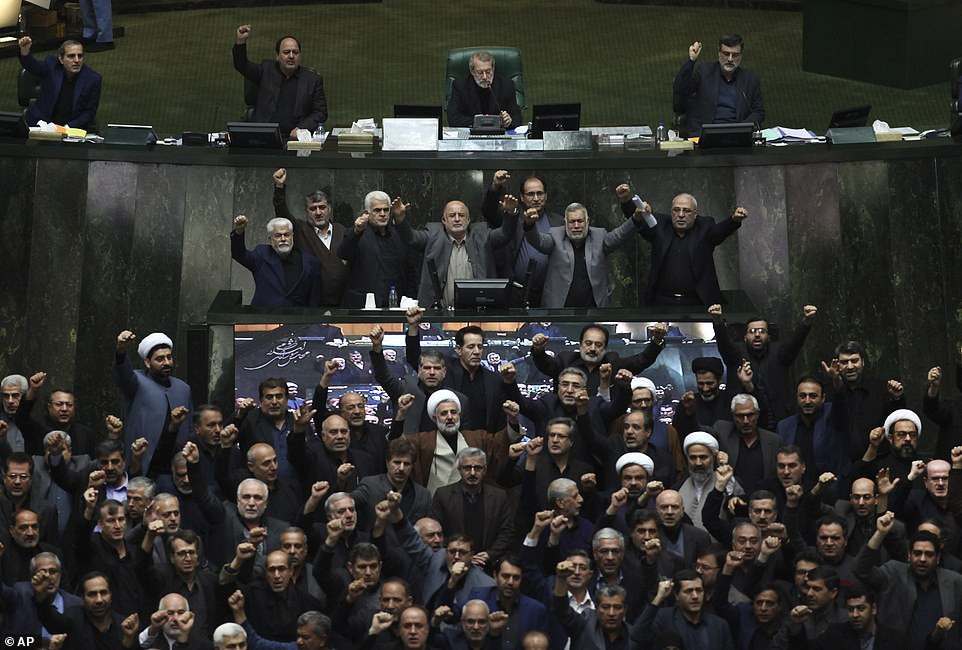 Iraq's parliament has called for the removal of US troops from the country following the Friday morning killing of Iranian General Qassem Soleimani by a US drone strike, saying the killing goes against the resolution agreed between the US and Iraq that allows for the presence of troops in the region, saying that American troops on Iraqi soil are purely for training Iraqi forces in the fight  against ISIS.

The resolution asks the Iraqi government to end the agreement under the US sent forces to Iraq more than four years ago to help in the fight against the Islamic State terror group.

"The Iraqi government has an obligation to end the presence of all foreign forces on Iraqi soil and prevent it from using Iraqi lands, waters, and airspace or any other reason," Iraqi Parliament Speaker Mohammed al-Halboosi said in an address to lawmakers before the vote.

U.S. troops in Iraq totally 5,000 are in Iraq at the invitation of the country's  Prime Minister -- not Parliament so it is up to the Iraqi Prime Minister whether the troops will be expelled not the vote, which is non-binding.
Posted by makarella at 12:33 PM