Gov. Ortom Cries Out As Buhari Govt Moves To Withdraw Military From Fighting Herdsmen, Others

The killings carried out by alleged herdsmen in Benue led to the deployment of the Troops of Operation Whirl Stroke in the state in 2018. 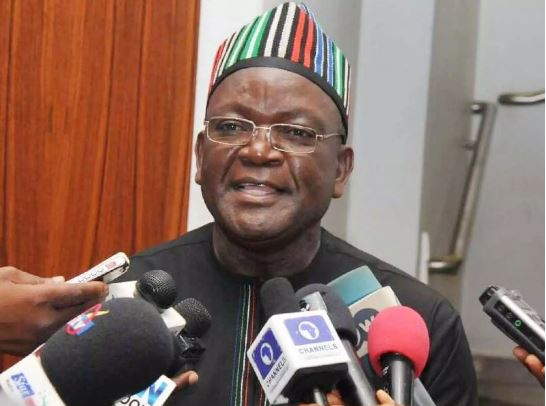 Governor Samuel Ortom
The Governor of Benue State, Dr Samuel Ortom, has cried out over Federal Government’s decision to withdraw the military from combatting insurgents and other internal uprisings.


The Federal Government, during the Security Council meeting presided over by President Muhammadu Buhari at the Presidential Villa on Monday, decided that the Nigeria Police Force will now take over from the military in the ongoing internal security operations in various parts of the country by the first quarter of next year.
The Council decided that the military will pull out from the ongoing internal security operations.
Reacting to the development through Terve Akase, his Chief Press Secretary who spoke to State House Correspondents, Ortom urged the President not to withdraw troops code-named Operation Whirl Stroke deployed in the state.
The killings carried out by alleged herdsmen in Benue led to the deployment of the Troops of Operation Whirl Stroke in the state in 2018.
Ortom said, “Our position is an appeal to Mr President. He had done Benue well by deploying Operation Whirl Stroke to help tame the menace of herdsmen at the time Benue needed intervention.
“We appeal to the President to extend the life-span of the troops at least by a year to enable our people at the IDPs camps to resettle in their ancestral homes.”
Posted by makarella at 1:19 PM