Nigerian Man Borrows N200,000 From His Friend, Hires Assassins To Kill Him

A man has hired assassins to kill his friend he had borrowed money from but was unable to pay him back. 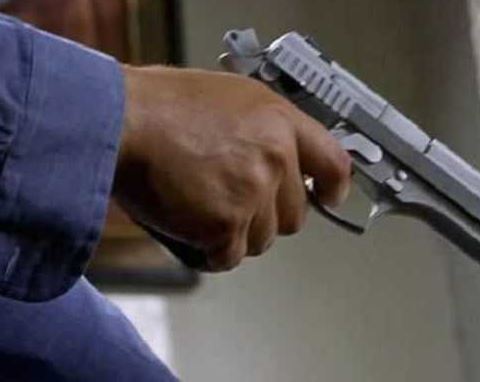 File photo
A man, Abolaji Kamaldeen , who reportedly borrowed the sum of N200,000 from his friend, Ade Makanjuola, but was unable to pay the debt, allegedly arranged assassins to eliminate him so that he will no longer pay the money, according to a report by PM Express.
The incident happened at Ayanwale Street off Ijegun Road, Ikotun area of Lagos, where they reside.
It was gathered that the suspect, Kamaldeen, had financial challenge which he needed money to solve. He went to his friend, Makanjuola, and borrowed the said sum of money with a promise to pay back over an agreed period.
However, when it was time for Kamaldeen to refund the money, his friend, Makanjuola, also reminded about him.
The Police alleged that probably for his inability to refund the money, Kamaldeen went and hired assassins in order to eliminate the Makanjuola but he managed to escape.
The matter was then reported to the Police, who trailed the suspect and eventually arrested him.
After interrogation, the Police found him culpable and later charged him before the Ejigbo Magistrates Court for conduct likely to cause breach of public peace by hiring assassins to kill the complainant.
He pleaded not.
The prosecutor, Supol Kenneth Asibor, asked the Court to give a date for hearing since he pleaded not guilty to enable the Police to prove that he actually committed the offence.
Thus, the Presiding Magistrate, Mr. T.O Shomade, granted him bail in the sum of N200,000 with two sureties in like sum.
He was remanded in prison custody pending when he will perfect his bail conditions. The matter was adjourned till 28th October, 2019.
Posted by makarella at 1:35 PM