"You Smell, You Have Body Odour" - Mercy Fights Tacha (Videos)

A serious fight has ensued this morning with Mercy telling Tacha that she smells. 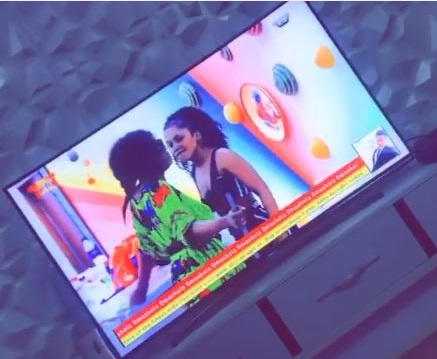 Mercy and Tacha fight
BBNaija housemates, Mercy and Tacha clashed this morning with the two nearly getting into a fistcuff.
Although the cause of the fight is yet to be made known, Mercy could be seen shouting on Tacha's face before she got pushed away.

Mercy who was visibly angry could have headbutted Tacha but restrained herself. Mercy didn't hide her mouth as she told Tacha that she smells and should use her perfume, which Tacha was later seen using the perfume.
She told her to take good care of her body odour and called her internet beggar.
The fight escalated with other housemates trying to separate them.
Omashalo also confirmed that Tacha has body odour during the fight after Mercy openly said that Tacha smells.
Watch videos below: