It was gathered that the suspect connived with two others now at large to hold the victim hostage and rob him of N15,000 and other valuables totalling N16,500. 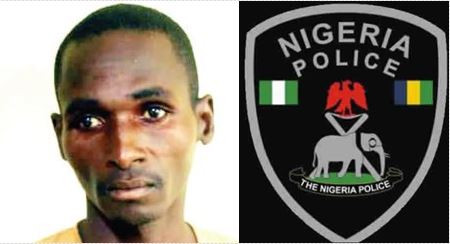 Suspect, Samaila Abdullahi
A 30-year-old suspected kidnapper, Samaila Abdullahi, has told officers of the Niger State Police Command and journalists that he became a kidnapper to raise money to pay the school fees of his five children.

The suspect, who is a herdsman, said his cattle herding business had not yielded the required returns to enable him meet his financial obligations.

Abdullahi made this confession in an interview with Northern City News in Minna on Tuesday.

“What I am getting from cattle rearing cannot pay the school fees of my five children. I don’t have anybody to help me; I lost my parents when I was very young and that was why I took to crime,” he said.

Asked whether his wife was aware of his illegal activity, Abdullahi stated, “My wife only knows that I am a herdsman and not a kidnapper; she will never forgive me.”

The victim was said to be on his way to Kano when the suspect, who is an acquaintance, convinced him to pass the night in Ishau village.

It was gathered that the suspect connived with two others now at large to hold Hamza hostage and rob him of N15,000 and other valuables totalling N16,500.

The gang also contacted the victim’s family and demanded the payment of N7m as ransom before his release.

Men attached to a police mobile unit, acting on a tip-off, apprehended the suspect at Ishau village in the Paikoro Local Government Area of Niger State.

The state Police Public Relations Officer, Muhammad Abubakar, confirmed the incident and said the suspect had confessed to the crime and would soon appear in court.
Posted by makarella at 12:38 PM