Nigerians Donate Over N1.3M For Student Who Couldn’t Afford Flight Ticket After Securing Scholarship To Study In US

Fortunately, in a recent tweet, he revealed that he has finally booked his flight using the money he got from the donations. 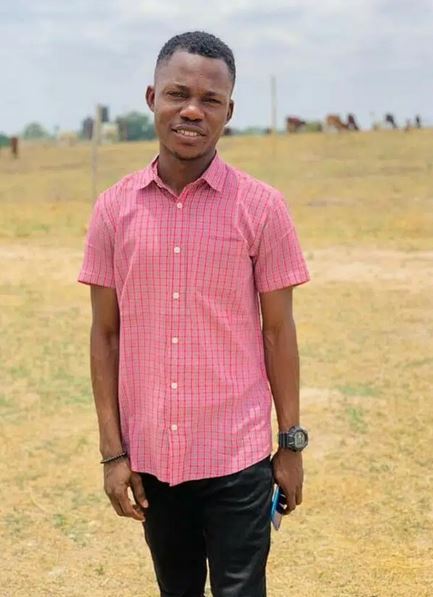 A Nigerian national identified as Smart Godwin Micah has taken to the microblogging site, Twitter to seek for funds to pay for his flight to the USA after he was awarded a scholarship.

He revealed that he gained admission to further his education at the North Carolina Central University, Durham, USA but was unable to book a flight ticket as he lacked funds.

He pleaded with people on Twitter to come to his aid as he risked losing fully-funded scholarship worth more than N16 million.

”Support Me Please! I am in dire need of your financial support to book my flight ticket to Raleigh (RDU) lest I miss my Fully funded Graduate Assistant Scholarship to study MSc Physics at the North Carolina Central University, Durham.

My name is Smart Godwin Micah and I’m a graduate of Tai Solarin University of Education. My Bachelor’s degree was Physics and I graduated in 2019 with First Class Honors as the best graduating student of my set.

I have since then being applying for Scholarships and have been getting rejections until now. I have applied to more than 20 schools and recently, I got a fully funded scholarship to Study at North Carolina Central University in Durham.

MSc Physics as a Graduate Teaching Assistant. This is a huge opportunity I can’t afford to miss. I have spent almost all my savings on application documents,fees and standardized test and I am left with #300k which is not enough to book Flight ticket, travel materials or sort my accommodation expenses. I believe with your financial support & push, I’d be able to achieve my dream of becoming a Physics Professor and be of great influence to others coming behind me!”

He also revealed that the flight ticket cost $2,400 which is approximately N1.6m, plus accomodation and feeding expenses before he starts receiving stipends in the US.''

Here is the breakdown of costs

Good Samaritans shared his story and it went viral. As a result, donations kept pouring into his bank account and he shared the update on his Twitter account.

He was able to raise a total of N1.3 million. (One Million Three Hundred Thousand Naira) from the donations.

Fortunately, in a recent tweet, he revealed that he has finally booked his flight using the money he got from the donations.

He added that ended up paying N650k for the ticket instead of the initial N1.6m, which left him with N700k balance for accommodation and other needs.

”Flight Booked! All thanks to everyone that made this possible. I am more than grateful! May God continually bless you all! Thank you so much!”