Ebubeagu is the security network formed by state governments in the South-East to tackle insecurity in the region. 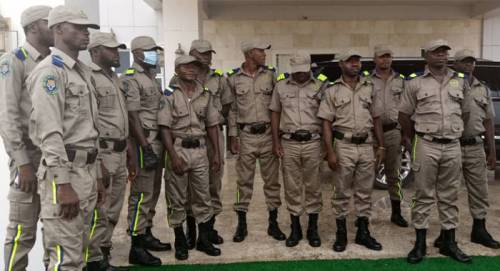 According to a report by SaharaReporters, the Imo State Command of the Nigeria Police Force says it has begun an investigation into the shooting of five family members by suspected operatives of Ebubeagu security outfit in Okporo community, Orlu Local Government Area of the state.

Ebubeagu is the security network formed by state governments in the South-East to tackle insecurity in the region.

The command's spokesman, Micheal Abattam, told SaharaReporters that the command had begun an investigation to know those behind the atrocity.

Abattam said the victims were shot while having a family meeting on Thursday, adding that the command had yet to know those behind the killing.

He said, “We have started an investigation into the incident. They were in a meeting when they were shot. Investigation would unravel all the circumstances behind the shootings. Let us wait for the report of the investigation.”

Video footage that has gone viral which SaharaReporters saw on Sunday, shows five persons in a pool of blood, struggling for life.

While two appear to have died, the other three appear to be in pain as they ask for help.

One of the victims is heard saying in Igbo, “Come and help me oo, I'm dying oo."

Also, a woman is crying and calling for help for her son to be taken to the hospital for treatment.

Another gunshot victim can be seen dragging himself and shouting for help. The victims are all soaked in blood as it gushes out from the gunshot injuries they sustained.

Some of the residents who spoke to SaharaReporters on Sunday maintained that the victims were shot by Ebebeagu operatives who were going about in search of young men believed to be members of the Eastern Security Network (ESN), the militant wing of the Indigenous People of Biafra (IPOB).

“We have heard more horrible tales about the activities of Ebubeagu in our area. They were not unknown gunmen.

“The Ebubeagu guys who shot the people were said to be looking for some youths. When they didn’t see the people they were looking for, they descended on the old folks.

“I know what those people are passing through. There’s no villager who doesn’t know the activities of unknown gunmen. When it is the state operatives, they also know,” one of the community members, who spoke on condition of anonymity, said.

Another person alleged that the Ebubeagu security outfit has turned the area into a living hell.