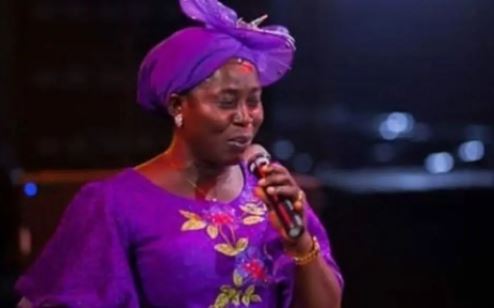 The sad death of popular Nigerian gospel singer, Osinachi Nwachukwu has continued to draw controversies and religious leaders like Pastors and Imams have been blamed for domestic violence.

Adeyanju lamented that some messages of pastors and Imams make men to be domineering in relationships.

Speaking with DAILY POST, the activist said religious leaders, through their messages, have turned some women into second fiddle to men.

Following Osinachi’s death, a lot of religious leaders have been airing their views on domestic violence, with a lot of them urging victims to exit such relationships.

However, Adeyanju said: “It’s a religious thing, and both religions preach submission to the man.

“And it’s more cultural than religion sometimes because parents preach the stigma of leaving home, but it’s better for you to divorce ten men, than for you to die.

“It’s important for this sensitization because many people don’t believe in this religious thing because they have seen the worst things happen within the confines of religious homes. You see sexual abuse of so-called religious men against members of their faith, so the more we emphasize this fault line, the better for our society.

“This idea of tolerating your abuser, you must stay in the marriage, and societal stigma attached to divorce makes people willing to put up with their abusers. You see people online posting pictures of happy marriages, but when you hear behind the scene, you wonder, so this is what people have been tolerating.

“I think in our society, we need more sensitization on why people should divorce, what should be the irreducible minimum in marriage, and why you should leave when certain things are done badly to you. It is not as if we are saying divorce is good, but we are saying that you can’t tolerate a situation where your life is in danger.

“Love is not enough, marriage is not enough to endanger your life, so these are some of the sensitization we need to do as a people. Clergymen play a key role in domestic violence because their congregants look up to them, and most of them are seen like mini-god because they respect them. These pastors and Imams talk down on women and encourage them to be domineering and control women. They also try to ensure that women are second fiddle to men.”