For the last 19 months, Australians were banned from travelling overseas without permission. 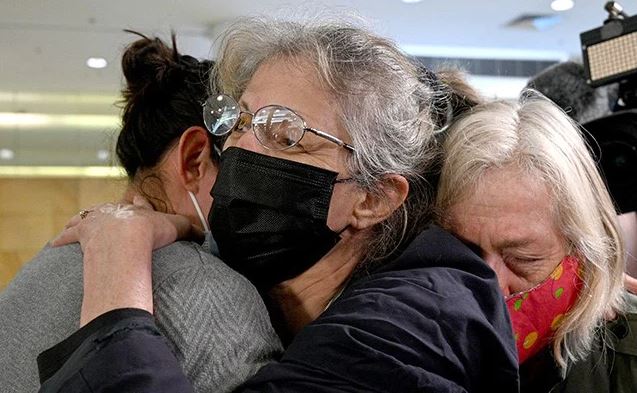 Families were united at Sydney airport on Monday, November 1, as Australia’s international border reopened after almost 600 days due to the ravaging COVID-19 pandemic.

On March 20 last year, Australia introduced some of the world’s toughest border restrictions in response to the coronavirus pandemic. Almost all travel to the island continent halted, prompting critics to dub the country a "hermit state".

For the last 19 months, Australians have been banned from travelling overseas without permission.

Families were split across continents, and tens of thousands of nationals were stranded overseas.

The few who did gain permission to enter were forced to spend thousands of dollars and agree to spend 14 days locked in a hotel room.

Those conditions have now been dropped for the country’s two largest cities — Sydney and Melbourne — which will now allow vaccinated Australians to come and go without quarantine of any kind.

Tim Turner, who had not seen his son for more than a year, said it was "pretty brilliant" that they were now able to reunite.

Arriving in Sydney was "beautiful, beautiful", he told reporters at the airport.

Julie Choo, who flew back from the UK to visit her sick mother in hospital, said she was trying not to cry as the plane touched down.