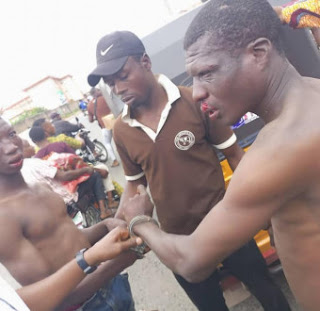 Two men were nabbed and beaten to pulp by mob over alleged theft in Ibadan, Oyo State capital.

According to Facebook user, Abiodun Adewole, who posted the photos on his page on Monday afternoon, July 26, the suspected thieves were caught while allegedly attempting to steal a generator at UCH Road, Ibadan. 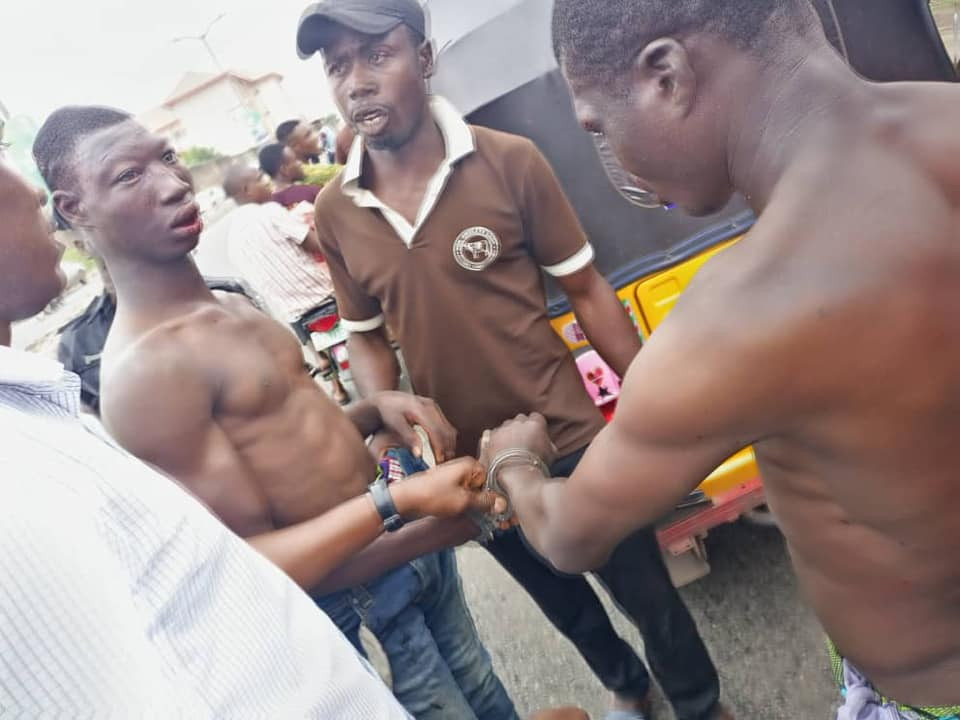 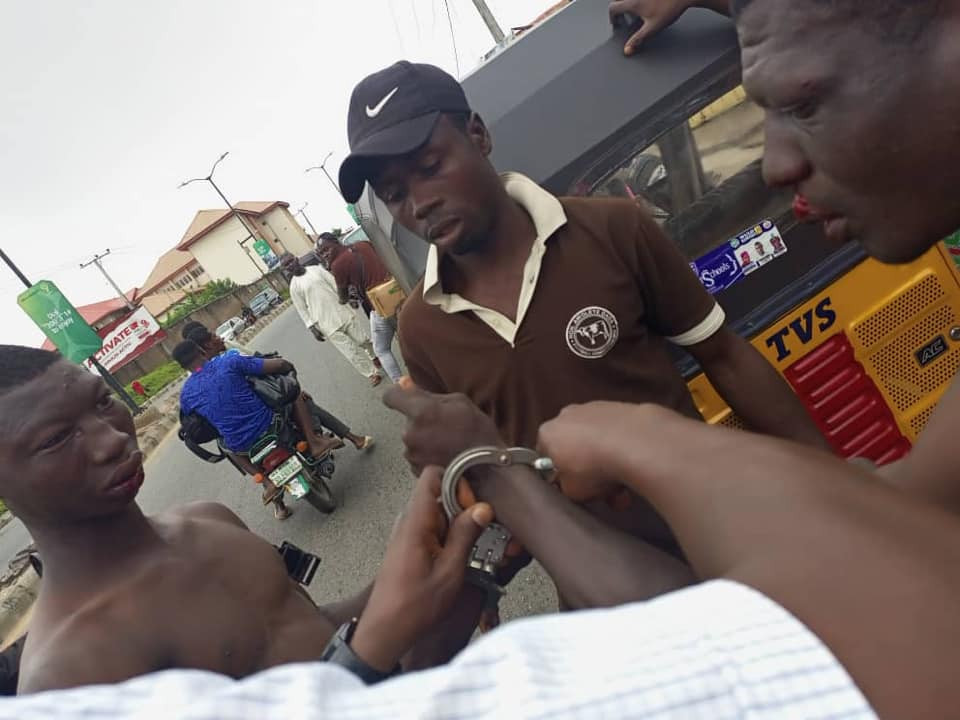 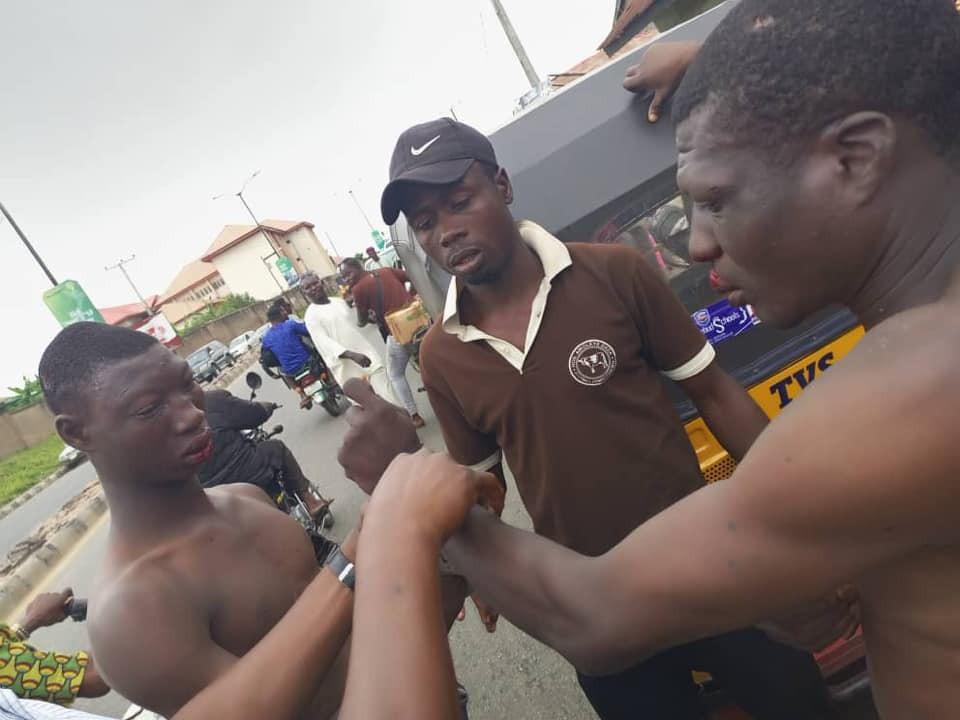 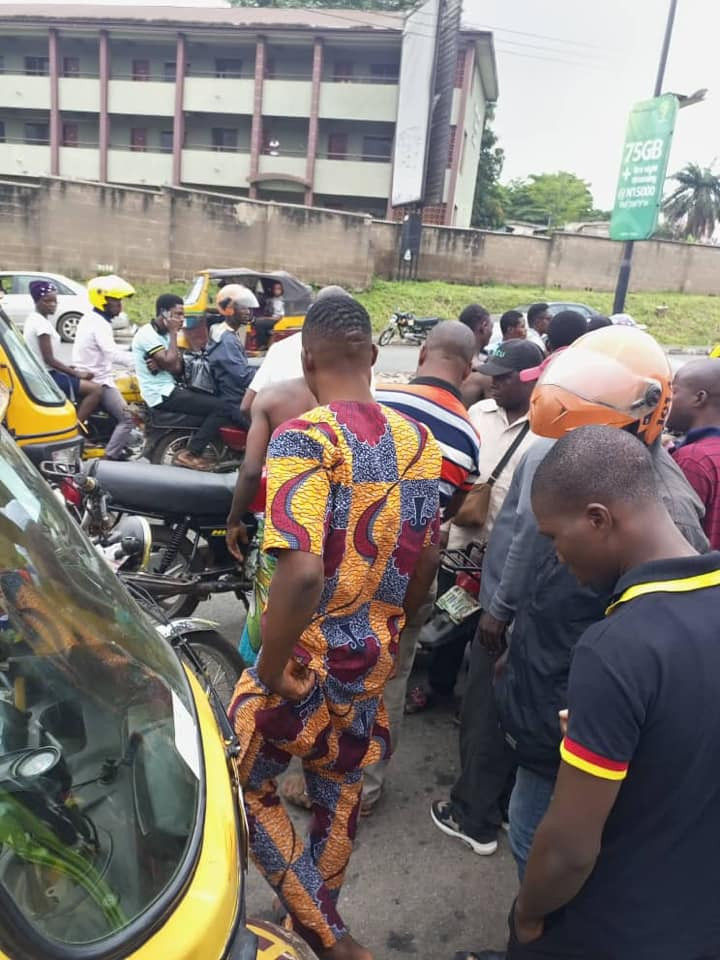 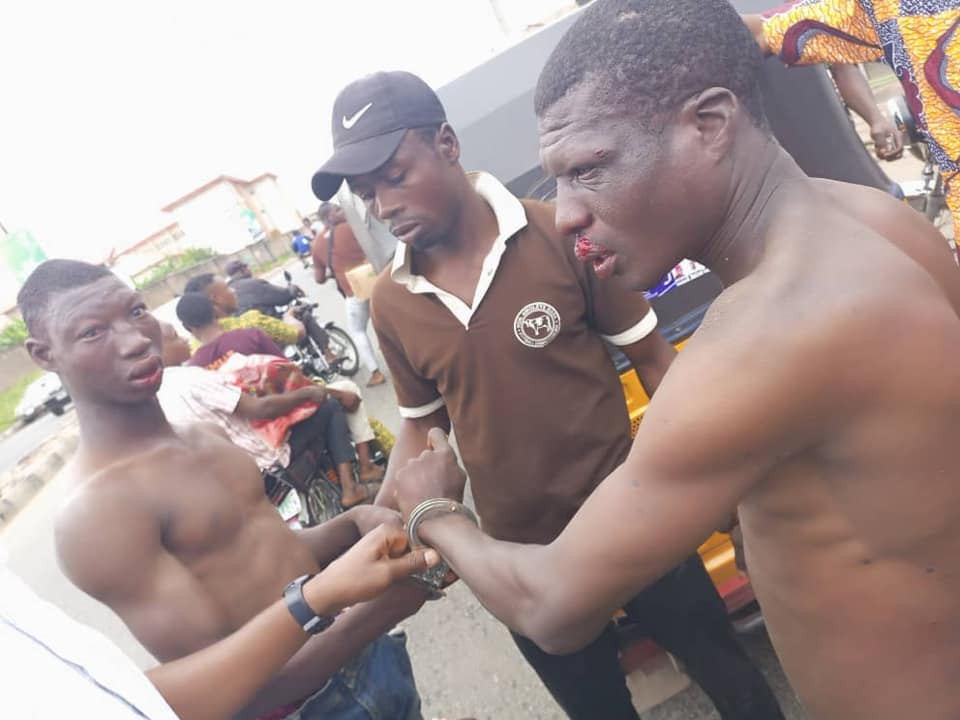 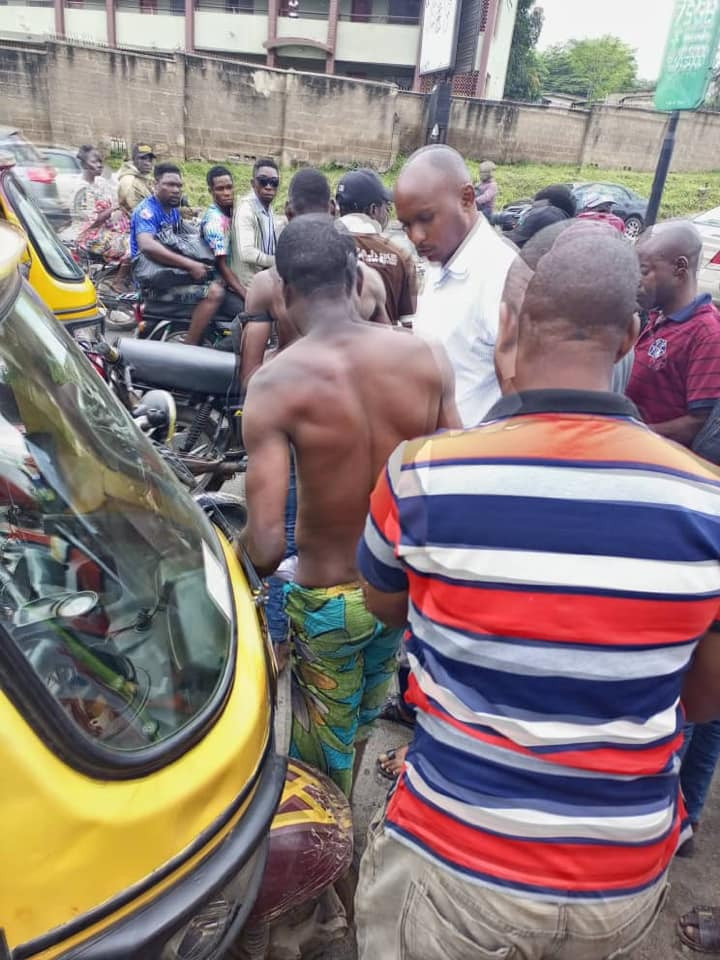 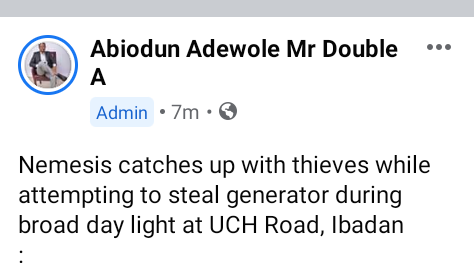