Withdrawal Of Foodstuffs From South By North, A Blessing In Disguise - Afenifere 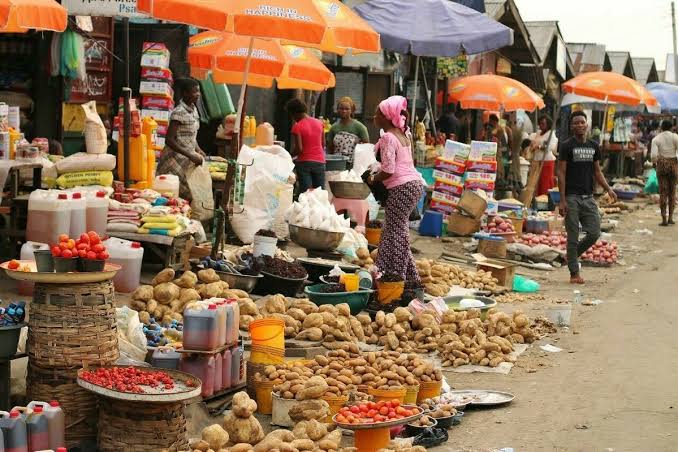 Market
Afanifere has reacted to the decision of the Amalgamated Union of Foodstuff and Cattle Deal­ers of Nigeria (AUFCDN) to stop cattle and other food produce from reaching the south.
The foremost Pan-Yoruba socio- political or­ganisation while reacting, said there other al­ternatives where the items can be purchased.
There have been fears that acute shortage of beef, vege­tables, tomatoes and onions, among other essential edibles from the North may soon hit Southern Nigeria as foodstuff and cattle breeders, under the aegis of Amalgamated Union of Foodstuff and Cattle Deal­ers of Nigeria (AUFCDN) had four days ago threatened to withdraw their services.
However, Yinka Odumakin, the organisation’s National Publicity Secretary, who spoke in a chat with Saturday INDE­PENDENT listed countries such as Togo and Benin Repub­lics as friendly countries where the South can purchase cattle and other items withdrawn by the North.
He also said the withdraw­al of foodstuffs by the North will benefit the South as it will make the people do more in the area of agriculture.
Odumakin, who said there are other sources of protein that the South can consume aside cows however said the Northerners shouldn’t also forget that the oil from the country flows from the South to the North.
“If they withdraw their cows from the South, no prob­lem about that. Before cows, we had what we were eating. Cow is not the only source of protein, there are several other sources. It will encourage our people to do more in the area of agriculture.
“We have neighbours who are peaceful in Benin Repub­lic, Togo and other places that we can buy things from. They can’t threaten us with any­thing such as withdrawal of items.