'Teachers Are Owed Salaries' — Governor Wike Under Fire For Gifting Burna Boy, Others N10m Each

At the concert held to honour him for the feat and his heroics in the global music landscape, Wike had said all artistes who performed would get N10 million each. 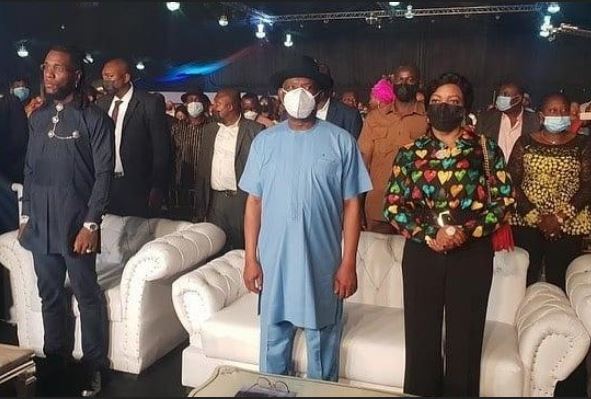 Some angry Nigerians on Twitter have gone online to express their annoyance over the decision of Nyesom Wike, governor of Rivers state, to gift artistes that performed at Burna Boy’s homecoming concert N10 million each.

The ‘African Giant’ crooner had recently snagged his first-ever Grammy win for ‘Twice As Tall,’ his 2020 album.

At the concert held to honour him for the feat and his heroics in the global music landscape, Wike had said all artistes who performed would get N10 million each.

It is understood that Burna Boy was also included among those expected to get the cash gift.

The development, which comes at a time when teachers in the state are protesting unpaid salaries, has sparked outrage on the microblogging platform.

Several users have questioned the governor’s rationale for gifting the musicians millions when workers are being owed salaries.

Some users, however, defended the governor’s gesture, arguing that there was nothing wrong with him celebrating excellence.

“Few weeks ago, some teachers protested for lack of salary in Port Harcourt, Wike that couldn’t answer them gave N10m to Burna & other artistes. When you see the way those artistes reacted to the N10m, it’s obvious that many are complaining about politicians because they’re not getting their own cut,” a user wrote.

“This impulsive and crass misappropriation of Rivers state funds by Wike. Donations like this made Peter Odili then earn the sobriquet, “Donatus”. As for Burna, ‘Monsters You Made’ was a product of your creative ingenuity, not of patriotism and that’s hypocritical,” another user wrote.

Here’s what others had to say: 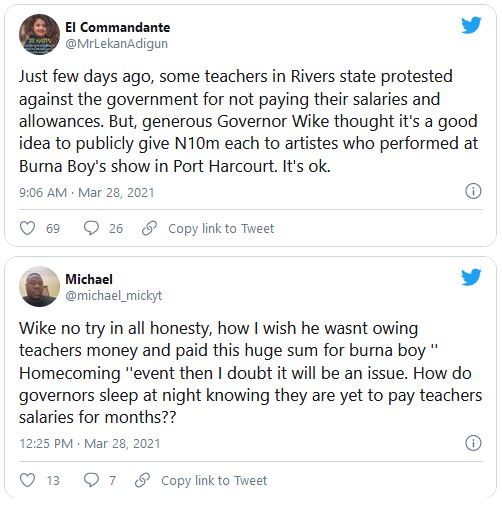 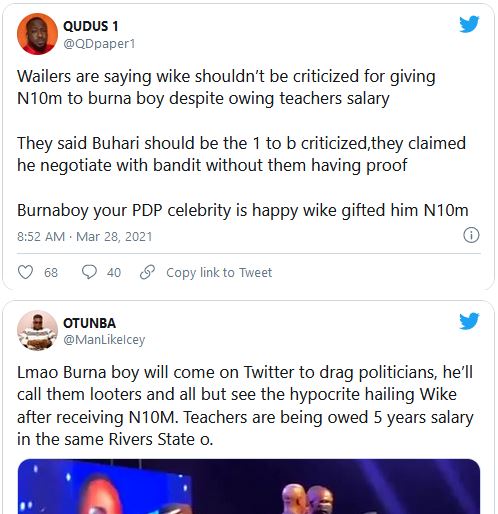 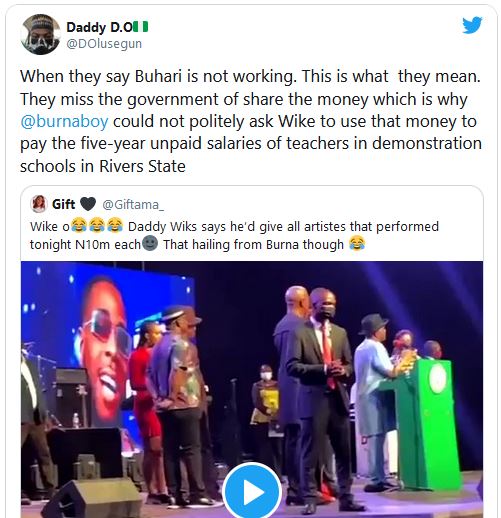 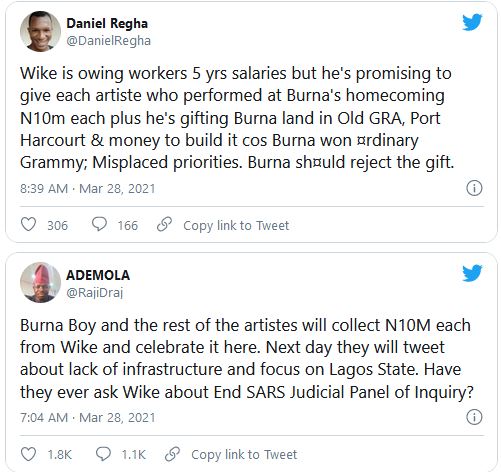 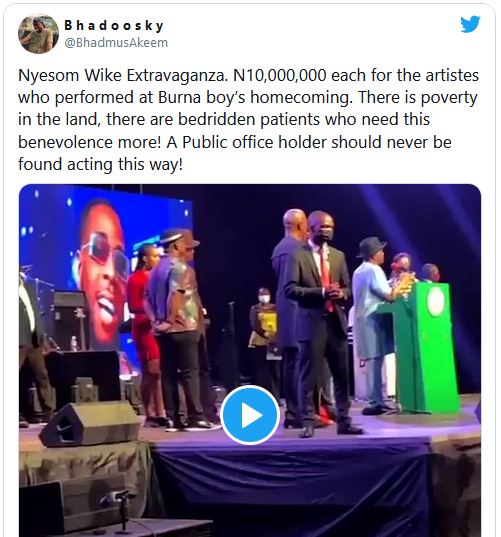 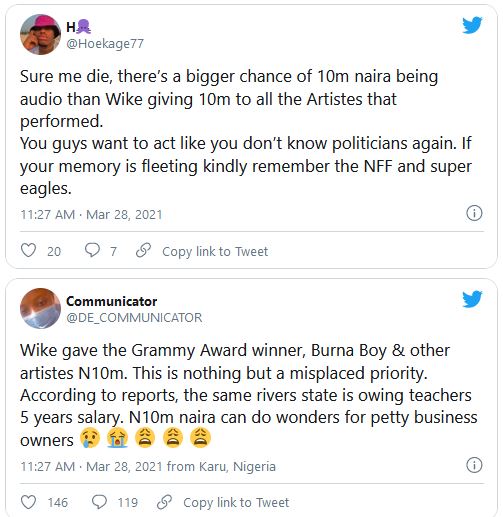