A young Nigerian man will spend the next few years behind bars after being sentenced to prison by a court in PH. 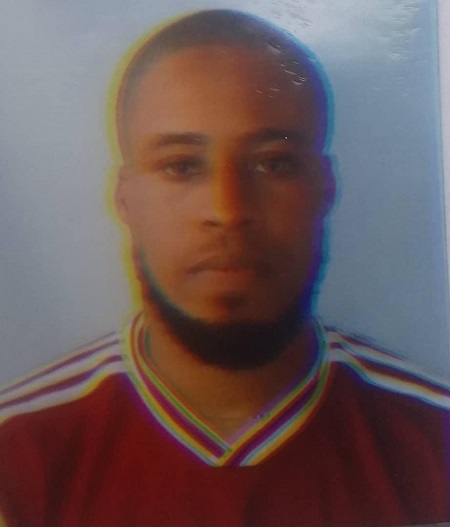 Okenwa
An internet fraudster has been jailed in Port Harcourt.
Justice E. A. Obile of the Federal High Court sitting in Port Harcourt, Rivers State convicted and sentenced Chibueze Okenwa (a.k.a Rodriguz), a fake United States of American military officer, to two years imprisonment for impersonation contrary to Section 22 (2)(b)(i & ii) of the Cybercrime (Prohibition, Prevention, Etc.) Act, 2015.
He was initially arraigned on March 4, 2021 by the Port Harcourt Zonal Office of the Economic and Financial Crimes Commission, EFCC, and pleaded “not guilty” to one-count charge bordering on impersonation with intent to gain monetary advantage for self.
At the resumed hearing of his case on March 18, 2021, Okenwa opted to change his plea. He was re-arraigned and pleaded “guilty” to the one-count charge.
The charge reads: "that you Chibueze okenwa (a.k.a Weirt Rodriguz), in 2020, within the jurisdiction of this Honourable Court, fraudulently impersonated yourself as Weirt Rodriguz, a United State Military Officer to one Katia Massoni from Brazil with intent to gain monetary advantage for yourself and thereby committed an offence punishable under Section 22 (2) (b) ( i & ii) of the Cybercrime (Prohibition, Prevention, Etc.) Act, 2015”.
In view of his plea of “guilty”, prosecution counsel, M. Ibekwute urged the court to convict him accordingly. However, defense counsel, J. I. Owubokiri prayed the court to temper justice with mercy.
Justice Obile convicted and sentenced Okenwa to two (2) years imprisonment with an option of fine of Three Hundred and Fifty Thousand Naira (N350,000.00).
The judge also ordered that the phone which was used to commit the crime, (a gold and white-coloured Blu dual Sim smart phone) be forfeited to the Federal Government through disposal by public auction and the proceeds paid into the Treasury Single Account, TSA of the Federal Government.
By makarella - March 22, 2021