It was learnt that Zulum sealed the entrance immediately after his arrival and presided over the counting of the IDPs. 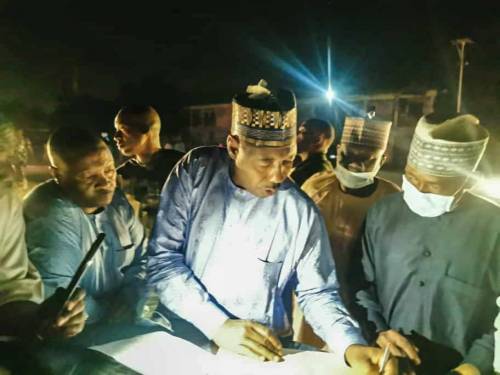 The Governor of Borno State, Babagana Zulum has uncovered about 528 fake households after doing a headcount of displaced persons at the NYSC internally displaced persons (IDP) camp in Maiduguri, according to SaharaReporters.

It was gathered that the camp holds IDPs from Bama, Konduga and Damboa local government areas of the state.

It was learnt that Zulum sealed the entrance immediately after his arrival and presided over the counting of the IDPs.

The count revealed that out of the 1316 households in the records of humanitarian officials, 528 were found to be fake.

Only 788 households were discovered to hold real IDPs.

“Governor Babagana Zulum showed up at NYSC camp midnight to identify actual IDPs, only to discover 528 fake households around midnight on Monday,” an official of the Borno state government said.

Meanwhile, Isa Gusau, Special Adviser on Communications and Strategy to the governor once said in a statement that "in humanitarian system, a household normally consists of at least six persons who are either related through families, or chosen to stay together for the purpose of receiving household aids."