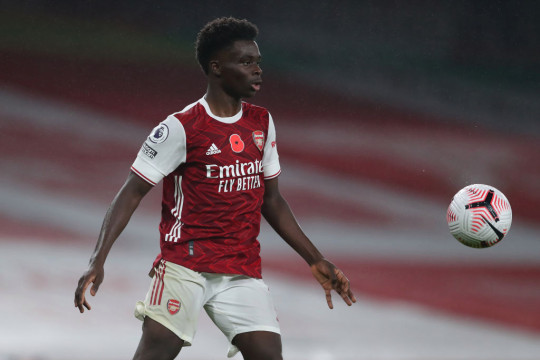 Bukayo Saka has been ruled out of England’s World Cup qualifier against San Marino on Thursday, March 25.

The Three Lions have three qualifiers coming up in the next 10 days, starting with San Marino, and will be without the 19-year-old winger/left-back who has to remain at Arsenal to continue his recovery from a hamstring injury.

Saka played 74 minutes of Arsenal’s 3-3 draw with West Ham last Sunday before he picked up the hamstring injury.

England will also face Albania and Poland during the international break and coach Gareth Southgate will be hoping that Saka will be available for those two fixtures.

England could also be without Marcus Rashford against San Marino as the Manchester United forward is struggling with a foot injury. The 23-year-old did not take part in Wednesday’s training session with the rest of the England squad and instead worked in the gym.