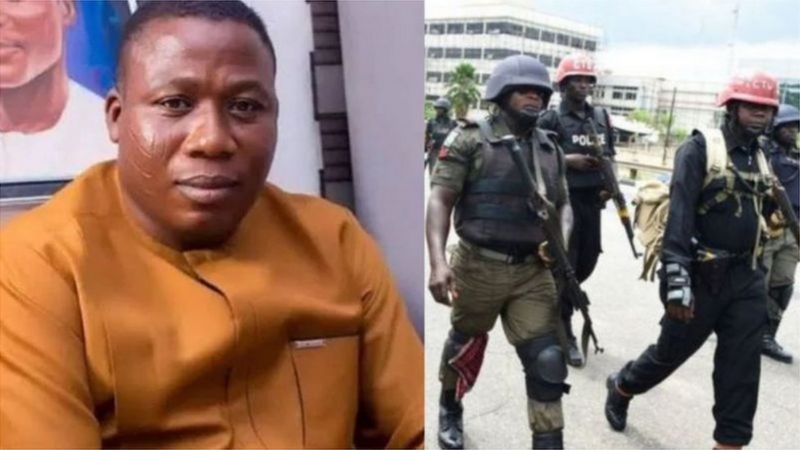 Men of Department of State Security (DSS) have allegedly attacked Chief Sunday Adeyemo, who is popularly known as Sunday Igboho in Ibadan, the capital of Oyo State.

According to Newsbreakng, armed DSS was said to have attacked Sunday Igboho at Guru Maraji’s area in Ibadan on Friday, February 26, while he was going to a point of unknown meeting in the state capital.Sunday Igboho, while speaking shortly after the incident, lamented that he was disappointed, saying that that he was harrassed without committing any offence.He added that he was attacked by men of DSS whom, on instruction of unknown authority, attempted to prevent him to move around in Ibadan and beyond.He said, despite their effrontery to stop him, he had managed to have his way to point of his scheduled meeting.

Posted by makarella at 7:42 PM