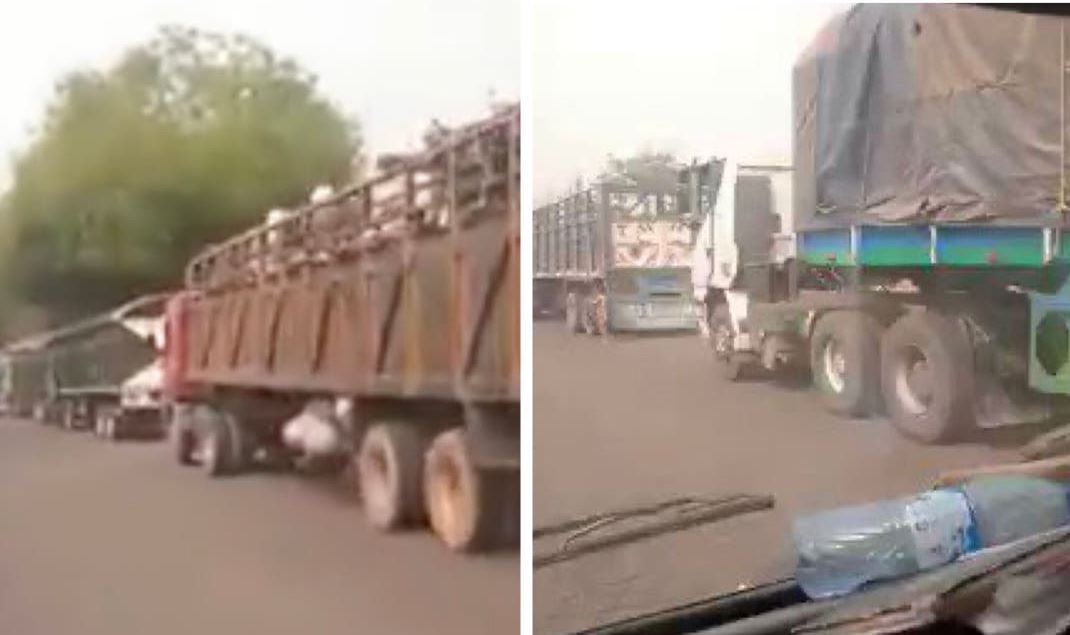 Following the expiration of the seven-day ultimatum issued to the federal government, cattle and Foodstuff dealers under the aegis of Amalgamated Union of Foodstuff and Cattle Dealers of Nigeria (AUFCDN) on Thursday, February 25, have embarked on a nationwide strike.

Traders from the North, coming into the Southern part of the country with a truckload of foodstuffs have allegedly been denied access.

According to a viral video shared on social media, trucks transporting food stuffs from the North to the South were denied entering and are been stopped at Niger state.

From the person recording the video, he alleged that trucks were been sent back to the North and are not allowed to pass to the South after cattle and food traders began strike yesterday, February 25.

“Has it started? Leave everything you’re doing and watch this 👇”

Leave everything you’re doing and watch this 👇 pic.twitter.com/bx4GuaGkaS