NCC reacts to speculations of mass disconnection of subscribers over NIN 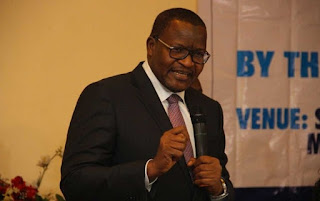 NCC has refuted claims on the impending mass disconnection of telephone subscribers over NIN.

The Nigerian Communications Commission (NCC) has refuted claims on the impending mass disconnection of telephone subscribers over the National Identity Numbers (NIN), describing such as unfounded.

This follows speculations from different publications in both the print and electronic media on the ongoing linkage of SIM registration records with the NIN.

This clarification is contained in a statement that was issued by the NCC Director, Public Affairs, Dr Ikechukwu Adinde, late on Wednesday, January 6, 2021, in Abuja.

Adinde in his statement said:

‘’The attention of the Nigerian Communications Commission (NCC) has been drawn to the numerous publications in both print and electronic media regarding the unfounded fears of mass disconnection of telephone subscribers as a result of the ongoing linkage of SIM Registration Records with the National Identity Number (NIN).It is, therefore, necessary for the commission to issue this clarification in order to allay the fears of subscribers and the general public. Most of these publications are based on the erroneous assumption that for every network or SIM connection, there is one unique human subscriber.

speculations of mass disconnection of subscribers over NIN

NCC has refuted claims on the impending mass disconnection of telephone subscribers over NIN.

Going further, Adinde pointed out that a recent survey conducted in Nigeria showed that there were approximately 4 to 5 SIMs to every human subscriber. He said:

“This explains the basis of allowing the linkage of up to seven SIMs to one unique NIN in the recently launched Federal Government Portal. Thus, if there are 43 million Nigerians with NINs, this could account for about 172 million SIMs already linked to NINs.

It can be recalled that ever since the Federal Government directed all telecom operators to block all phone lines that do not register on their networks with a valid National Identification Number, the exercise has been riddled with a lot of controversies and misinformation.

The Nigerian Identity Management Commission (NIMC) had earlier denied reported claims of breach of its database by hackers.