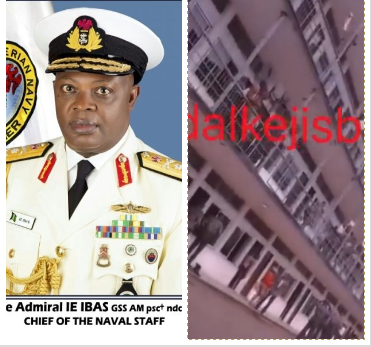 Some naval officer have been spotted in a viral video celebrating the sack of Chief of Naval Staff, Ibok Ekwe Ibas.

In a video shared shortly after, some naval officers were seen celebrating the sack of the service chiefs. A voice in the background also confirmed this.