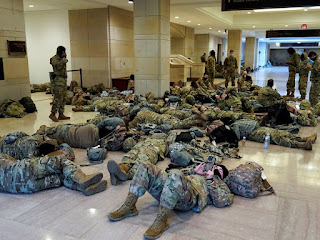 Members of the US National Guard who are now protecting the Capitol after the insurrection that took place last week, have been spotted sleeping on the floor in viral photos.

The exhausted guardsmen and guardswomen slept on the floor with their weapons by their side. 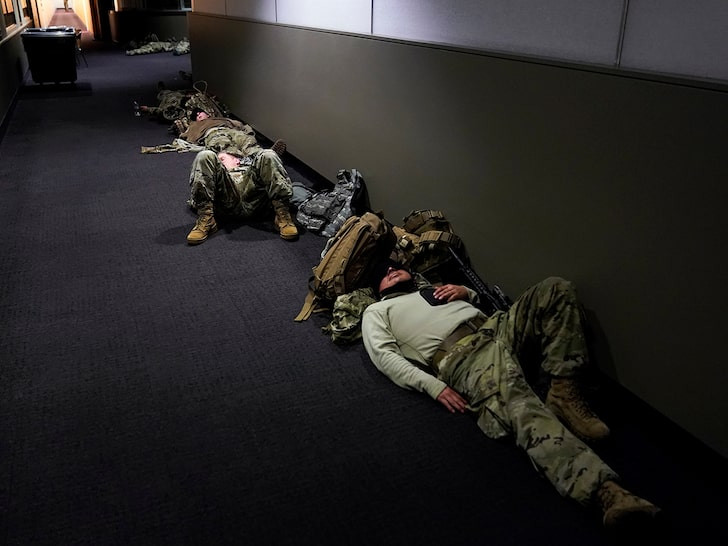 This is coming after the insurrectionists vowed to stage protests in all 50 state capitals as well as the United States Capitol. Many have also reportedly promised violence.