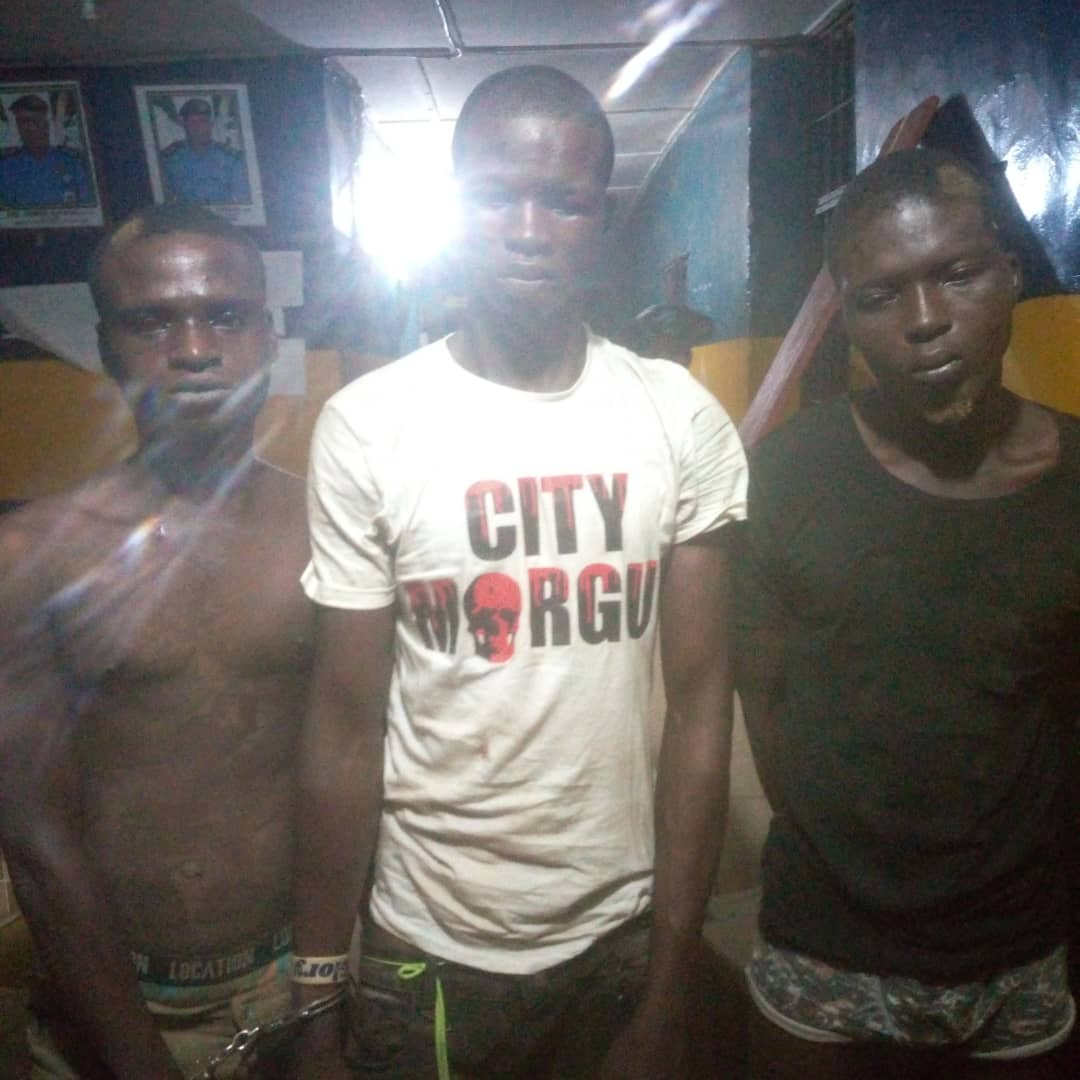 A statement released by the spokesperson of the command, Abimbola Oyeyemi, said the three suspects identified as Samuel Sunday a 20 yrs old resident of Fagba in Lagos State, Adeleke Mustapha a 22yrs old resident of Ajala area of Lagos State and Joel Rotimi a 19 yrs old resident of Taju Bello street Agbado Ogun state, were arrested following a distress call received by the police in Ajuwon from residents of Iju aga area of Ajuwon at about 1:45 am that armed hoodlums numbering about six have invaded the area and dispossessing innocent members of the community of their valuables.

Oyeyemi said upon the distress call, the DPO Ajuwon, SP Andrew Akinseye quickly led his men to the area where the hoodlums who took to their heels on sighting policemen were chased and apprehended.

The police spokesperson added that items recovered from them include a cut to size locally made pistol, four Bajaj motorcycles, weeds suspected to be Indian hemp, two voters card, and two national Identity cards.

He said the state commissioner of police, CP Edward Awolowo Ajogun, has ordered the transfer of the suspects to the state criminal investigation and intelligence department for discreet investigation. He also appealed to members of the public to always make use of the command's control room numbers which are 08081770416 & 08081770419  whenever in distress for the police to respond swiftly.