The president’s beautiful daughter penned down lovely words to celebrate her husband, Ahmed. 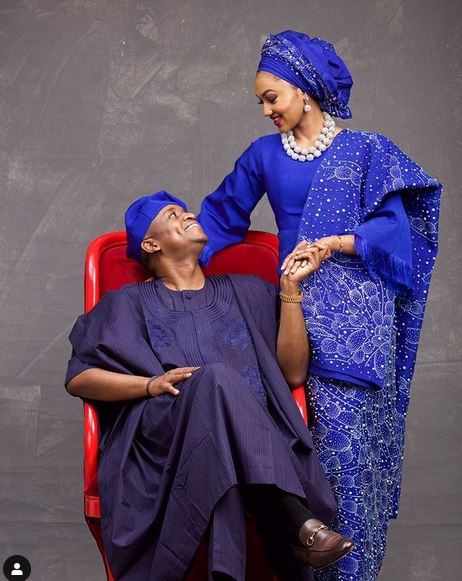 Zahra Indimi, the daughter of President Muhammadu Buhari has taken to Instagram to celebrate four years of marriage with her husband, Ahmed Indimi.

Being in the public eye is not always easy for couples and it has affected the union of some lovebirds.

Despite the hardships some celebrity relationships face, some of them have been able to thrive and that includes the marriage between Zahra and Ahmed.

It seemed just like yesterday when they tied the knot at a carnival-like wedding and it came as a surprise to many when Zahra took to social media to reveal that they had now been happily married for four years.

The president’s beautiful daughter penned down lovely words to celebrate her husband, Ahmed. According to her, if she had to, she would marry him again.

Zahra said life could not have been the same without him and she prayed for God to make all spouses the coolness of each other’s eyes.

“I’ll do it all over again if I had to. Happy 4th Anniversary @ahmed.indimi life couldn’t have possibly been the same without you.