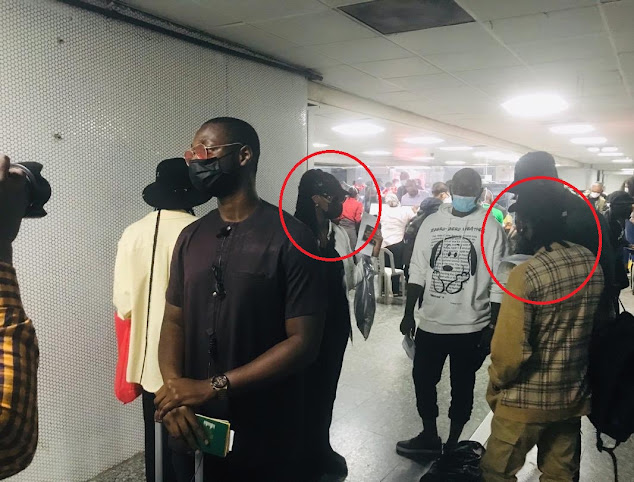 Thier arrival was announced by Abike Dabiri-Erewa, the chairman of the Nigerians in Diaspora Commission.

According to her, the singers landed at the MMIA Lagos from Uganda via Ethiopia Airline at about 12:35 pm local time.

She also thanked officials of the Nigerian mission in Uganda, Nigeria's Minister for Foreign Affairs, Geoffrey Onyeama and the Ugandan governemnt for the quick resolution of the issue.

The fast-rising stars were on Sunday December 13, arrested together with their managers for holding an ''illegal concert'' at Ddungu resort in Munyonyo where they gathered big crowds, contrary to President Museveni’s directives on the prevention of the spread of Covid-19.

Ugandan officials charged pair with doing “acts that are likely to cause the spread of infectious disease, Covid-19,” and remanded them in prisons, sparking outrage which saw Nigerians took to Twitter to demand for their release. Read previous reports here and here.