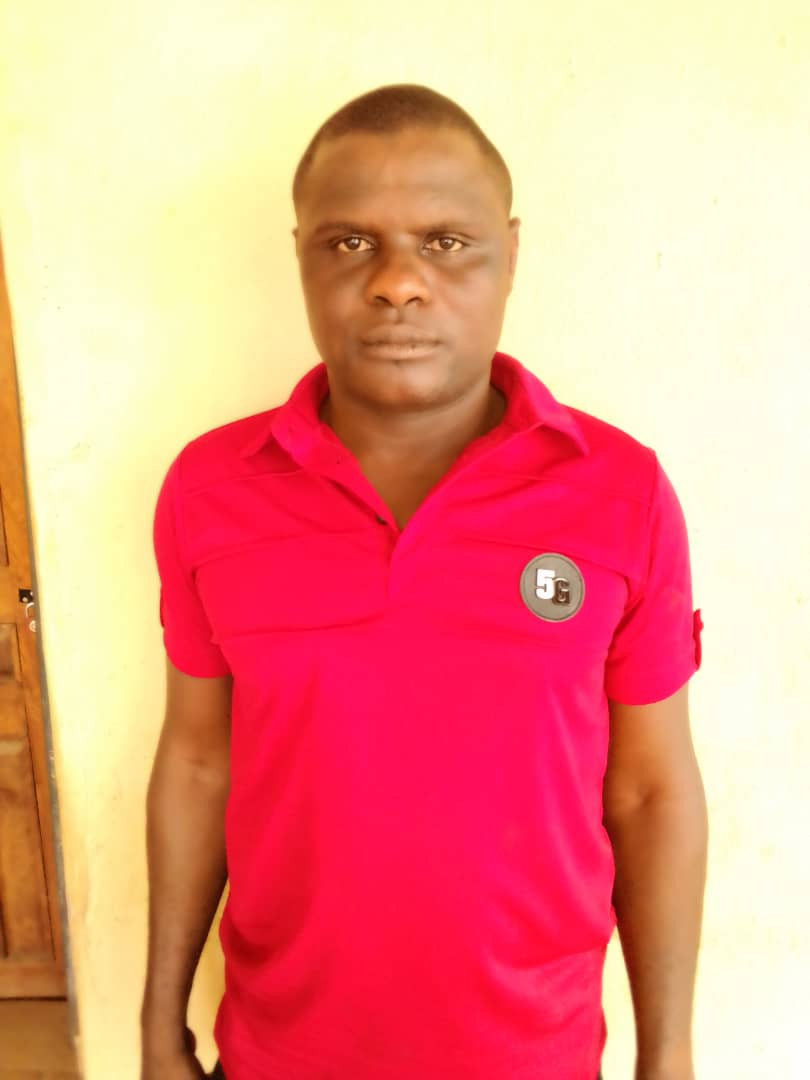 Spokesperson of the command, Muhammed Suraj Idris, who confirmed this in a statement on Friday December 18, said the suspect was arrested following series of complaints received against him.

Idris said the Corps mounted surveillance and arrested the suspect along Akwanga-Keffi-Abuja road.

He said, Ewuga, who hailed from Nasarawa Eggon Local Government of Nasarawa State has been impersonating as a Major of the the Nigerian Army.

"He has also confessed to have extorted money running into millions of naira from innocent job seekers with the promise to provide jobs opportunities for them in Nigerian Army, Air Force, Navy and other paramilitary agencies. Ewuga  had also defrauded hundreds of people within and outside Nasarawa State of their cash and other belongings on the pretence of Nigerian Army personnel." said Idris.

A dark tinted Army colour Highlander Jeep with registration number RBC 398 JM was recovered from him.

The suspect will be charged to court as soon as investigations are completed.