The newly wedded bride revealed that they’ve been legally married for over a year. 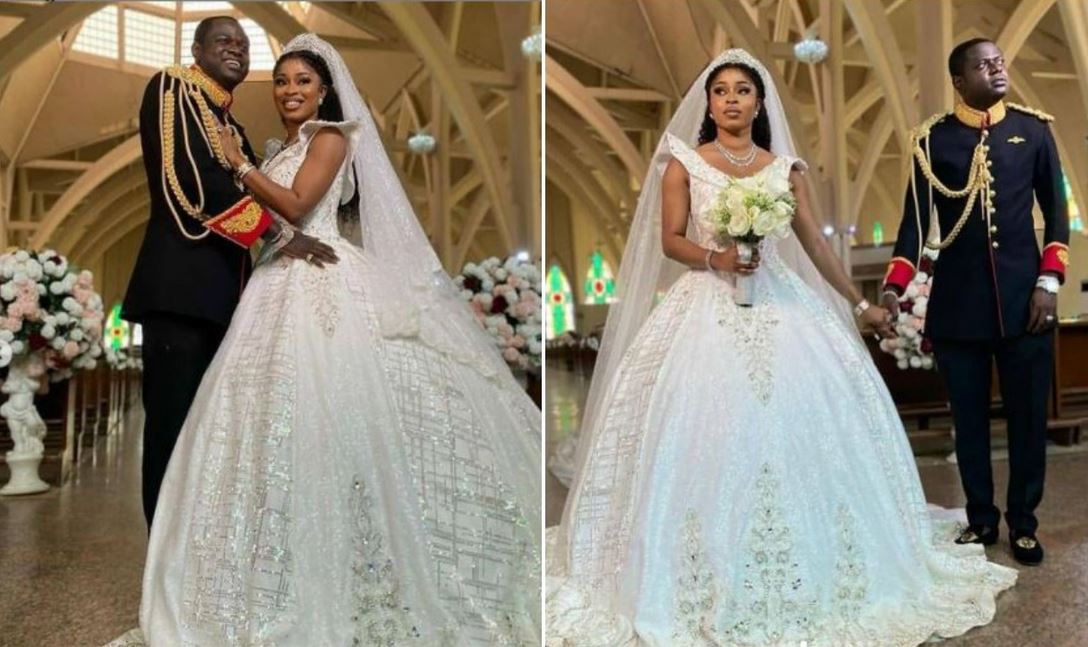 Deola Smart, the daughter of Kogi senator, Adeyemi Smart took to social media to gush about her husband and jeweller, Malivelihood.

She said he became her husband legally since 2019.

The luxury jeweler’s wedding to Senator Adeyemi Smart’s daughter, Deola took place over the weekend and it was the talk of the town, that had the Vice-President, Yemi Osinbajo and wife in attendance.

Deola Smart revealed that they’ve been legally married for over a year. She also disclosed that her husband waited till she became a lawyer to introduce her to the business world, taught her how to invest and made her a mogul.

See what she wrote below;

“My darling husband. You became my husband legally last year and it’s been nothing but joy… I bless the Lord Almighty for giving us the opportunity to celebrate our love with our friends and families.

– Legally married for over a year

– Got engaged 2017 ( He waited for me to become a lawyer, he introduced me to business world, taught me how to invest… I became a mogul )”

Malivelihood recently to Instagram to warn copy cats about his wife’s wedding dress, saying they shouldn’t even dare. According to him, the dress is made of over 560 carat of Swarovski diamonds picked from 6 different countries.