The Naira has continued to depreciate against the dollar at the parallel market. 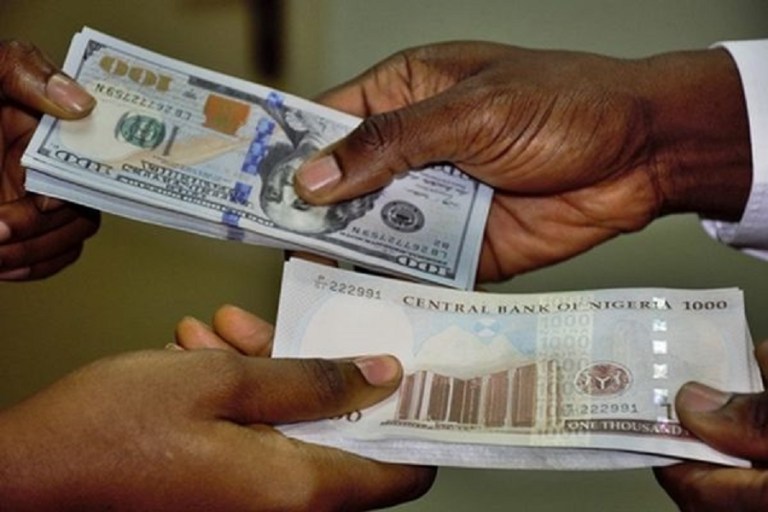 Naira and dollar
The naira recorded a loss against the dollar on Monday, December 7 2020 closing at N482/$1 at the parallel market.
This represents a N7 drop when compared to the N475/$1 that it exchanged for on Friday, December 4.
However, the Naira’s exchange rate at the NAFEX window continued to remain flat against the dollar to close at N395/$1 during intra-day trading on Monday, December 7.
ABCON President, Aminu Gwadebe, had blamed the crash of the naira on illegal activities that include hoarding, speculation, illegal cash evacuations through the nation’s borders, use of the dollar for gratification and so on.
Posted by makarella at 3:50 PM