Military sources who disclosed the incident to TheCable said the insurgents attacked a large convoy of commuters near Garin Kuturu in Jakana at about 5 pm on Friday. 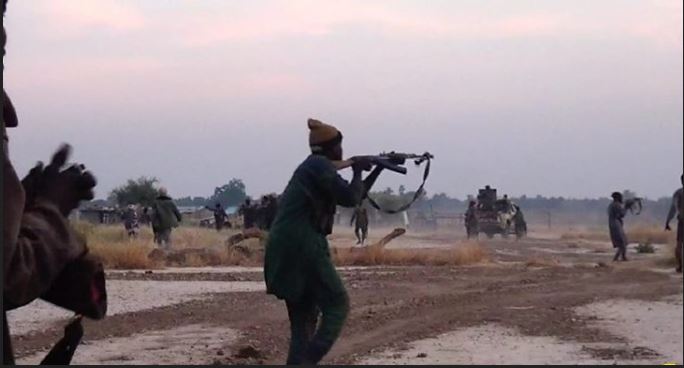 No less than 35 commuters have been abducted by the deadly Boko Haram terrorists.

They were on Friday abducted by Boko Haram insurgents along Damaturu-Maiduguri road.

Military sources who disclosed the incident to TheCable said the insurgents attacked a large convoy of commuters near Garin Kuturu in Jakana at about 5 pm on Friday.

The insurgents, who reportedly appeared in military uniforms, were said to have mounted a roadblock on the highway with five Hilux vans before taking away the passengers.

“The passengers first sighted a burning fire, but they thought it was bush burning, not knowing that they had already ambushed a Dangote’s truck driver and set it ablaze,” a source said.

“But while they were approaching the scene, they sighted the insurgents storming towards them on trucks mounted with heavy weapons, before they could turn their vehicles to run, the insurgents had already caught up with them.

“Many of the passengers fled to the bush, 35 were abducted, two private vehicles and one truck were set ablaze. Nine vehicles of the abducted passengers were also abandoned at the scene while their properties were looted.”

A senior police officer from the Crack team in Maiduguri who preferred anonymity said 10 passengers were rescued while those who sustained injuries were taken to Maiduguri Specialist Hospital for treatment.