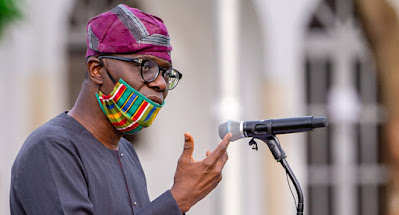 Lagos State Governor, Babajide Sanwo-Olu has condemned attacks on ENDSARS protesters today in Alausa. Hoodlums had stormed the venue of the protest this morning attacking unarmed protesters with weapons.

Popular comedian, Mr Maccaroni and other protesters had claimed the hoodlums came in BRT buses and have been asking how that came to be.

Here's the Governor's tweet condemning the attack after an outrage on social media;

Posted by makarella at 3:56 PM