If your parents are politicians or government officials don’t come to protest, talk to them – Patoranking 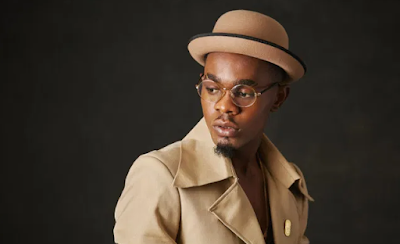 Patoranking has asked all whose parents are politicians or government officials not to join the others to protest on social media and on the streets.

According to him, they should rather talk to their parents at home than leaving them in the house to join the protest as the possibility of them listening to them is very high.

He posted on his twitter handle saying all those whose parents are politicians or government officials should talk to them so they listen to them than joining the protest without talking to their parents. 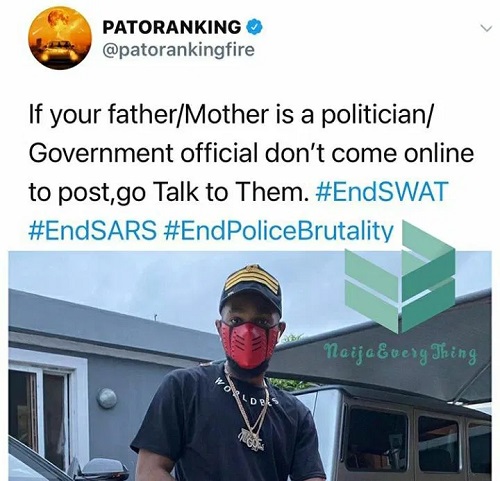 Posted by makarella at 3:55 PM