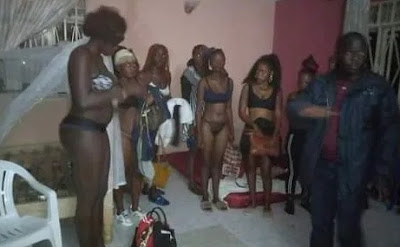 Police in Kampala Metropolitan Area, Uganda have arrested 21 people who were allegedly participating in what the law enforces described as a s.e.x party.

The party, according to police, was taking place in a private house in Kireka, Kira Municipality, Wakiso District.

Mr Patrick Onyango, the spokesman of Kampala Police Metropolitan Area said that they got information about the party and planted informants to monitor and inform the police when the rare and illegal party would start.

“We got the participants red handed,” Mr Onyango said in a statement. “They have been arrested and detained at Kira Division Police Station on charges of disobedience of lawful orders and doing acts that are likely to cause the spread of infectious disease, which is coronavirus.”

He said that the suspects will be taken to court today.